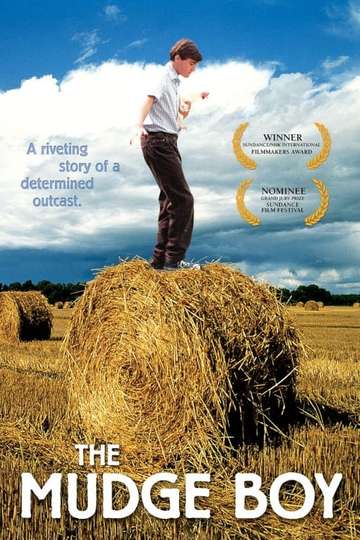 The Mudge BoyStream and Watch Online

Yearning to watch 'The Mudge Boy' on your TV, phone, or tablet? Tracking down a streaming service to buy, rent, download, or watch the Michael Burke-directed movie via subscription can be challenging, so we here at Moviefone want to take the pressure off.

Read on for a listing of streaming and cable services - including rental, purchase, and subscription alternatives - along with the availability of 'The Mudge Boy' on each platform when they are available. Now, before we get into the various whats and wheres of how you can watch 'The Mudge Boy' right now, here are some particulars about the Showtime Independent Films, First Cold Press drama flick.

Released , 'The Mudge Boy' stars Emile Hirsch, Tom Guiry, Richard Jenkins, Pablo Schreiber The movie has a runtime of about 1 hr 33 min, and received a user score of 69 (out of 100) on TMDb, which compiled reviews from 77 experienced users.

Interested in knowing what the movie's about? Here's the plot: "Chronicling the troubled existence of Duncan Mudge, a 14-year-old misfit who—while vying for the attention of his vacant father—struggles to fill the void brought on by his mother's sudden death." .

The Wave
"Evil is something that you learn"
Nowhere Boy
"As a boy all John Lennon needed was love."
Boys
"How does it feel to win a race when you know you lost a love?"
X-Men: First Class
"Witness the moment that will change our world."
Mulan II
"She's primped. She's engaged. She's back."
Grease
"Grease is the word."

Silver Linings Playbook
"Watch For The Signs"
Se7en
"Seven deadly sins. Seven ways to die."
Love of Siam
"Love of family, Love of friendship, Love of lovers."
The Way He Looks
"Not every love happens at first sight."

Fifty Shades Darker
"Every fairy tale has a dark side."
The Lost World: Jurassic Park
"Something has survived."
Moonlight
"This is the story of a lifetime"
Toy Story 2
"The toys are back!"
The Art of Getting By
"The toughest lesson is love."
Free Fall

The Boy in the Striped Pyjamas
"Lines may divide us, but hope will unite us."
Orphan
"There's something wrong with Esther."