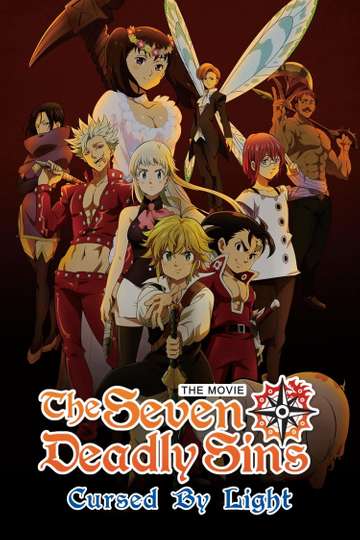 TMDb Score
81
NR Animation, Action
With the help of the "Dragon Sin of Wrath" Meliodas and the worst rebels in history, the Seven Deadly Sins, the "Holy War", in which four races, including Humans, Goddesses, Fairies and Giants fought against the Demons, is finally over. At the cost of the "Lion Sin of Pride" Escanor's life, the Demon King was defeated and the world regained peace. After that, each of the Sins take their own path.
Show More
DirectorTakayuki Hamana
StarringYuki KajiSora AmamiyaMisaki Kuno
Full Cast & Crew

Movies Like The Seven Deadly Sins: Cursed by Light

Free Guy
A bank teller called Guy realizes he is a background character in an o...

Eternals
The Eternals are a team of ancient aliens who have been living on Eart...

Venom: Let There Be Carnage
Tom Hardy returns to the big screen as the lethal protector Venom, one...

The Addams Family 2
The Addams get tangled up in more wacky adventures and find themselves...