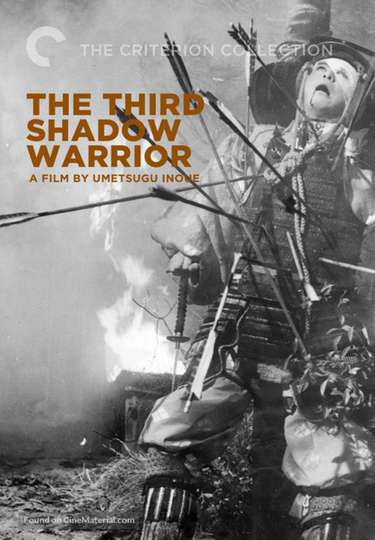 Need to watch 'The Third Shadow Warrior' on your TV or mobile device at home? Searching for a streaming service to buy, rent, download, or watch the Umetsugu Inoue-directed movie via subscription can be tricky, so we here at Moviefone want to take the pressure off.

Released , 'The Third Shadow Warrior' stars Raizō Ichikawa, Hizuru Takachiho, Masayo Banri, Katsuhiko Kobayashi The movie has a runtime of about 1 hr 44 min, and received a user score of 67 (out of 100) on TMDb, which put together reviews from 6 experienced users.

You probably already know what the movie's about, but just in case... Here's the plot: "In the mountain regions of Hida, the dreams of a peasant named Kyonosuke, who longed to be a samurai, come true when he becomes one of three doubles, of shadows, of Lord Yasutaka. After months of intense and cruel training, he faces his destiny when the Lord and the other two shadows are killed in battle and he must take on the role of Lord Yasutaka...."

'The Third Shadow Warrior' is currently available to rent, purchase, or stream via subscription on Criterion Channel, .