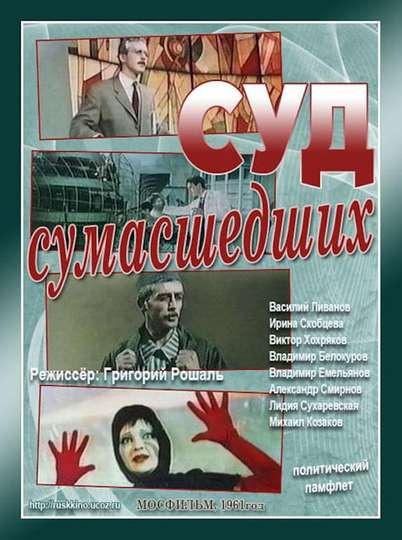 The Trial of Madmen

Germany, the 1930s. A young scientist, Professor Johannes Werner discovers rays of life-giving power. The scientist refuses to give up his invention for military use and, breaking the equipment, runs to the USA, where he hides for a long time under the name of Martini. One day, after being invited to a military industrial concern to see a new European invention, Werner meets his former pupil Huber. Huber, a traitor and fascist, has restored the professor's apparatus according to stolen plans and is demonstrating it as his own invention. Werner rejects the proposal for joint cooperation and, at a meeting in the hall of scientific associations, reveals his real name and resolutely reveals the criminal intentions of the revanchists.