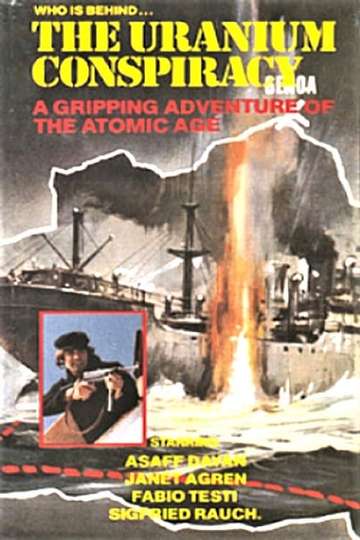 The Uranium ConspiracyStream and Watch Online

Need to watch 'The Uranium Conspiracy' on your TV, phone, or tablet? Searching for a streaming service to buy, rent, download, or watch the Menahem Golan-directed movie via subscription can be a challenge, so we here at Moviefone want to do the heavy lifting.

Released , 'The Uranium Conspiracy' stars Fabio Testi, Janet Ågren, Siegfried Rauch, Herbert Fux The movie has a runtime of about 1 hr 36 min, and received a user score of 50 (out of 100) on TMDb, which put together reviews from 3 experienced users.

You probably already know what the movie's about, but just in case... Here's the plot: "This feature was shot in the midst of some of Europe's most stunning scenery. The story focuses on the efforts of an espionage agent, played by Italian heartthrob Fabio Testi, to secure a uranium shipment that has been targeted by an enemy power."

'The Uranium Conspiracy' is currently available to rent, purchase, or stream via subscription on FlixFling, and IndieFlix .