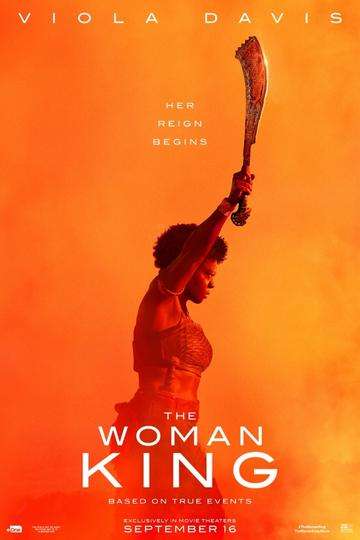 Want to behold the glory that is 'The Woman King' in the comfort of your own home? Tracking down a streaming service to buy, rent, download, or watch the Gina Prince-Bythewood-directed movie via subscription can be a huge pain, so we here at Moviefone want to take the pressure off.

We've listed a number of streaming and cable services - including rental, purchase, and subscription choices - along with the availability of 'The Woman King' on each platform when they are available. Now, before we get into the various whats and wheres of how you can watch 'The Woman King' right now, here are some finer points about the Sony Pictures, TriStar Pictures, Entertainment One, JuVee Productions, Jack Blue Productions drama flick.

Released September 16th, 2022, 'The Woman King' stars Viola Davis, Thuso Mbedu, Lashana Lynch, John Boyega The movie has a runtime of about , and received a user score of (out of 100) on TMDb, which compiled reviews from respected users.

What, so now you want to know what the movie's about? Here's the plot: "The Woman King is the remarkable story of the Agojie, the all-female unit of warriors who protected the African Kingdom of Dahomey in the 1800s with skills and a fierceness unlike anything the world has ever seen. Inspired by true events, The Woman King follows the emotionally epic journey of General Nanisca (Oscar®-winner Viola Davis) as she trains the next generation of recruits and readies them for battle against an enemy determined to destroy their way of life. Some things are worth fighting for…" .

Captain America: Civil War
"Divided We Fall"
Do I Know You?

Doctor Strange
"The impossibilities are endless."
Naruto: The Lost Story - Mission: Protect the Waterfall Village!
Your Name.
"It was almost like seeing something out of a dream, nothing more or less than a breathtaking view."

Schindler's List
"Whoever saves one life, saves the world entire."

Samaritan
"25 years ago the world's greatest hero vanished."
The Godfather Part II
"I don't feel I have to wipe everybody out, Tom. Just my enemies."
Dilwale Dulhania Le Jayenge
"Come Fall In love, All Over Again.."

Breaking
"Based on the true story of one man's demand to be heard."