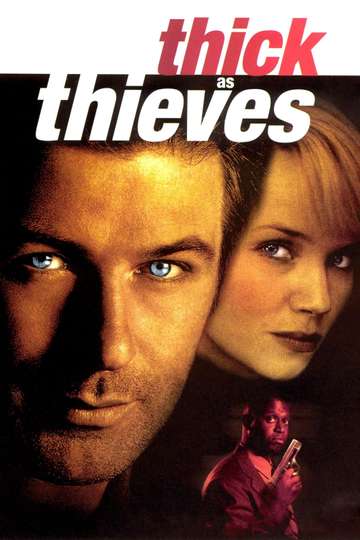 Want to behold the glory that is 'Thick as Thieves' on your TV or mobile device at home? Tracking down a streaming service to buy, rent, download, or view the Scott Sanders-directed movie via subscription can be tricky, so we here at Moviefone want to do right by you.

Read on for a listing of streaming and cable services - including rental, purchase, and subscription options - along with the availability of 'Thick as Thieves' on each platform. Now, before we get into all the details of how you can watch 'Thick as Thieves' right now, here are some specifics about the drama flick.

Released January 28th, 1999, 'Thick as Thieves' stars Alec Baldwin, Andre Braugher, Michael Jai White, Rebecca De Mornay The R movie has a runtime of about 1 hr 33 min, and received a user score of 58 (out of 100) on TMDb, which put together reviews from 25 knowledgeable users.

What, so now you want to know what the movie’s about? Here's the plot: "Two master thieves go at odds with one another as one sets the other up for a crime. The first, a suave pro who does his job and then hides in his own privacy, listening to old jazz records and caring for his ailing dog, Wally. The other is a local gangster with a taste for the finer life, who decides to eliminate the competition. This ignites a war between the two men and their aides. An angry mob boss and a female police officer try to sort the mess before things get too out of hand."

'Thick as Thieves' is currently available to rent, purchase, or stream via subscription on DIRECTV .