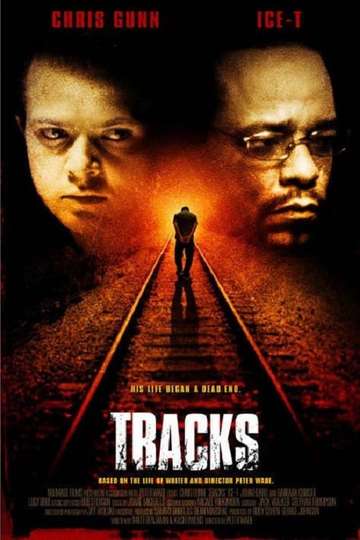 Looking to watch 'Tracks' on your TV, phone, or tablet? Discovering a streaming service to buy, rent, download, or view the Peter Wade-directed movie via subscription can be tricky, so we here at Moviefone want to help you out.

Below, you’ll find a number of top-tier streaming and cable services - including rental, purchase, and subscription choices - along with the availability of 'Tracks' on each platform. Now, before we get into the fundamentals of how you can watch 'Tracks' right now, here are some specifics about the Two Dog Production crime flick.

Released September 9th, 2005, 'Tracks' stars Chris Gunn, Ice-T, Barbara Christie, John Heard The R movie has a runtime of about 1 hr 32 min, and received a user score of 40 (out of 100) on TMDb, which put together reviews from 1 respected users.

You probably already know what the movie's about, but just in case... Here's the plot: "Peter, a frustrated suburban teenager, prefers to hang out by the railroad tracks with his friends and get rid of boredom. When the young men throw the switch one day just for fun, a catastrophe of unimaginable proportions occurs. A train derails and Peter is found guilty of murder. In a maximum security prison, the teenager meets brutal felons who make his life hell through threats and physical violence ..."