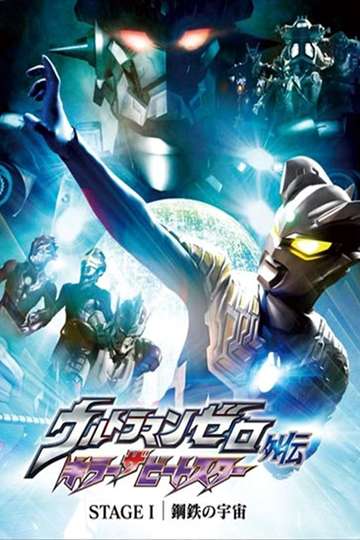 Ultraman Zero Side Story: Killer the Beatstar - Stage I: Universe of Steel

NR 31 minAdventure, Action, Science Fiction
One year after the battle with Belial's Galactic Empire, the members of Ultimate Force Zero returned to Planet Esmeralda to see Princess Emerana. They arrived to see her and Jean Bot captures by a mysterious artificial planet which then took of for another universe. In the Universe where the sphere fled to, Zap Spacy members Rei and Hyuga are forced to infiltrate it, as it is on a collision course with Planet Bram. Inside they encounter various robot monsters, that the Ultramen have fought in the past, all under the control of Beatstar, with one mission: "Destroy all organic life". After saving Emerana, they encounter a robot very similar to Jean Bot, Jean Killer. During their fight with Jean Killer, Zero learns from Jean Bot that Jean Killer is actually his twin brother. Ultimate Force Zero must now put a stop to Killer's rampage and defeat Beatstar in the process. This is part 1 of a 2-part special release to promote the movie Ultraman Saga.
Show More
DirectorYuichi Abe
StarringSakaekei IwataShota MinamiTao Tsuchiya
Full Cast & Crew