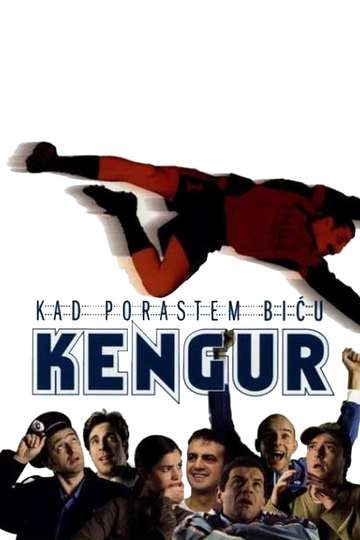 When I Grow Up, I'll Be a Kangaroo

The film consists of three parallel stories that are interwoven and played in Vozdovac. In the first story, Braca tries to seduce Iris, a model from the city center. Although they try not to be "two worlds" they certainly are. In another story, Dule i Somi, in the football match Ipswich - Manchester, they bet on Ipswich to win because it defends their classmate. The third story takes place on the roof of the skyscraper where Avaks and Hybrid, proponents of the philosophy of "most cost effective when I'm sitting in the house - no income, but no expenses", spending the day doing nothing, expecting something to happen. Something happened - an unusual occurrence Avaks saw in the sky...

Movies Like When I Grow Up, I'll Be a Kangaroo

Who's Singin' Over There?
5 April 1941, one day before the Nazi attack of the Kingdom of Yugosla...

American Pie
At a high-school party, four friends find that losing their collective...

Pirates of the Caribbean: The Curse of the Black Pearl
Jack Sparrow, a freewheeling 18th-century pirate, quarrels with a riva...

Back to the Future
Eighties teenager Marty McFly is accidentally sent back in time to 195...

Tito and Me
At his school, 10-year-old Zoran wins the competition for the best ess...

Balkan Express
In this entertaining, clever satire, it is the beginning of World War...