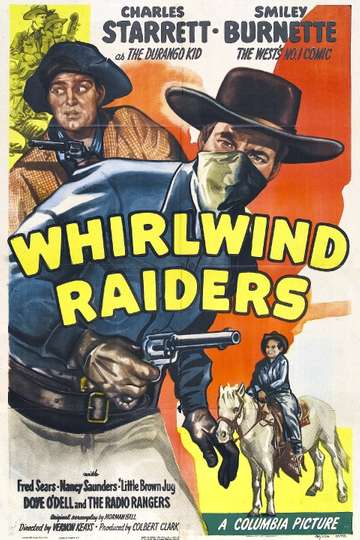 "ADVENTURE STORMS TO NEW HIGHS!"
NR 54 minMay 12th, 1948Western
It's 1873 and the disbanded Texas Rangers have been replaced by the corrupt Texas State Police. Steve Lanning arrives posing as a wanted outlaw to get in with them in his attempt to have them replaced. His inside work helps the Durango Kid break up the State Police raids but he is in trouble when his secret identity as Durango becomes known to them.
Show More
DirectorVernon Keays
StarringCharles StarrettNancy SaundersDon Reynolds
Full Cast & Crew