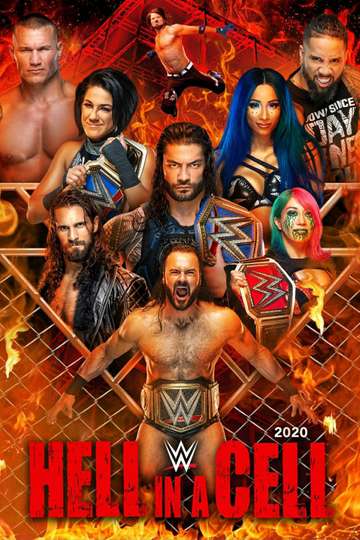 TMDb Score
82
PG 2 hr 30 minOct 25th, 2020Action, Drama
This hellish structure will see three different championships on the line inside its solid steel walls as Sasha Banks takes on Bayley for the SmackDown Women's Championship, Drew McIntyre fighting for his WWE Championship against Randy Orton, and for the first time ever inside Hell in a Cell, "The Tribal Chief" Roman Reigns defends his Universal Championship against Jey Uso in an "I Quit" Match.
Show More
DirectorKevin Dunn
StarringRandy OrtonPamela Rose MartinezAndrew McLean Galloway IV
Where to WatchFull Cast & Crew