Andrew Dominik directs the Netflix drama, which has already been controversial.

Mostly what we’ve heard of the new film from ‘Killing Them Softly’ director Andrew Dominik has been about its controversial NC-17 rating. Now, for the first time in teaser form, we’re getting our first – chaste – look at ‘Blonde’.

‘Knives Out’ and ‘No Time to Die’ actor Ana de Armas stars in the new movie, which finds Dominik adapting the bestselling novel by Joyce Carol Oates.

‘Blonde’ aims to reimagine the life of one of Hollywood's most enduring icons, Marilyn Monroe. From her volatile childhood as Norma Jeane, through her rise to stardom and romantic entanglements, ‘Blonde’ blurs the lines of fact and fiction to explore the widening split between her public and private selves.

The teaser makes this very clear – an emotional Norma Jeane, shy and withdrawn, slowly transforms into the sparkly Marilyn that is seen on stages and screens. There are glimpses from elsewhere in the movie, though it’s mostly her public persona.

And, of course, we’re treated to a slowed down/distorted cover of a song, in this case, “Diamonds Are a Girl’s Best Friend”, as performed by Marylin in 1953’s ‘Gentlemen Prefer Blondes’, with the scene recreated in the new movie. 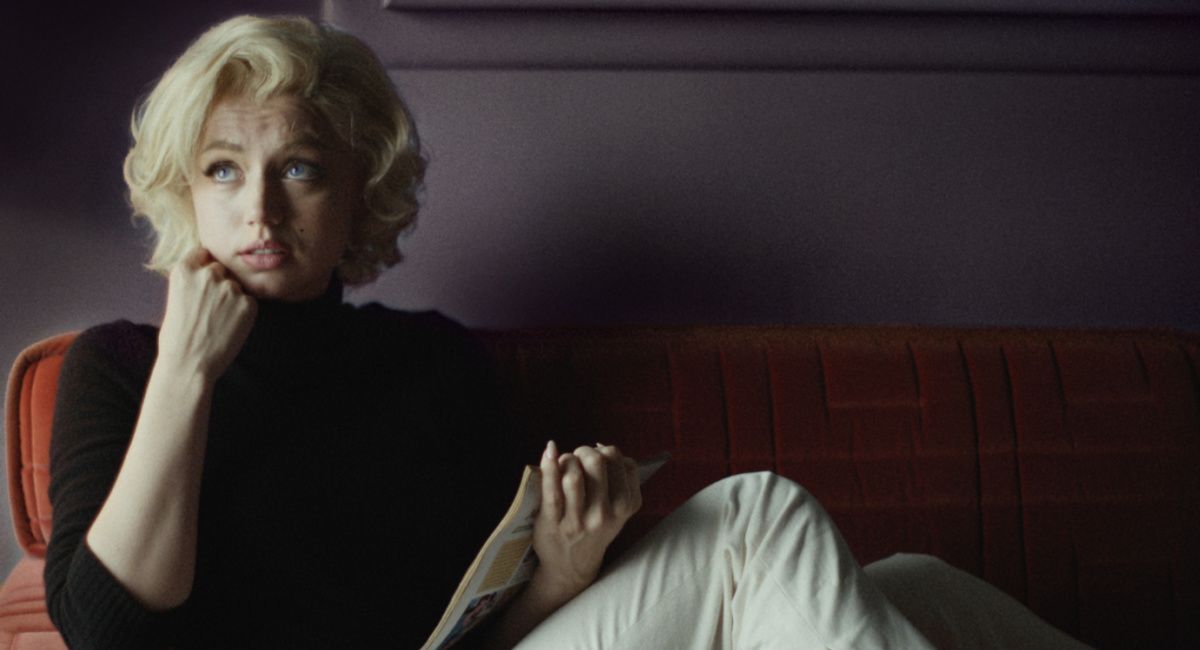 This take on her experiences gave Dominik real scope to explore the private life of an icon. “She’s deeply traumatized, and that trauma necessitates a split between a public self and a private self, which is the story of everyone, but with a famous person, that often plays out publicly, in ways that may cause additional trauma,” he says. “The film’s very much concerned with the relationship with herself and with this other persona, Marilyn, which is both her armor and the thing that is threatening to consume her."

He'd also prefer that people focus less on the perceived wrangling over the NC-17 rating. The film is sincere. It’s made with love. It’s made with good intentions. But it’s full of rage at the same time,” says Dominik, “I seem to get myself in these situations where people regard me as provocative, but it’s never what I’m trying to do. I’m just trying to say it as clearly as I can. My ambition is to make you fall in love with Marilyn.”

A strong supporting cast plays a variety of characters, some with codenames such as “The Playwright” – who is surely Arthur Miller – and “The Ex-Athlete” – Joe DiMaggio, one of Marilyn’s other famous husbands. The ensemble includes Adrien Brody, Bobby Cannavale, Toby Huss, Julianne Nicholson, Spencer Garrett, Scoot McNairy, and Garret Dillahunt.

From her volatile childhood as Norma Jeane, through her rise to stardom and romantic entanglements, this reimagined fictional portrait of Hollywood legend Marilyn... Read the Plot