It’ll be a reunion with ‘Shang Chi’ director Destin Daniel Cretton, who is one of the producers of the new show. 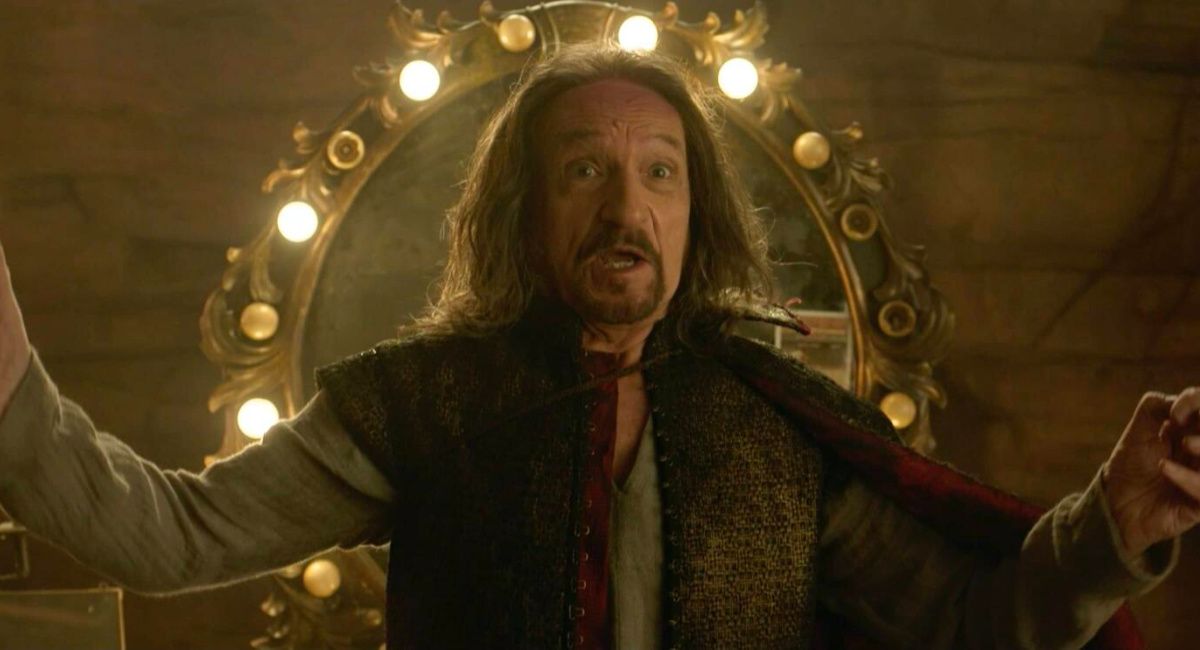 Ben Kingsley as Trevor Slattery in 'Shang-Chi and the Legend of the Ten Rings.' Photo courtesy of Marvel.com.

Ben Kingsley became a somewhat divisive part of the Marvel Cinematic Universe in 2013 when he first appeared as Trevor Slattery in ‘Iron Man 3’. While plenty of fans embraced the drunken, slapstick actor who had been hired by true villain Aldrich Killian (Guy Pearce) to pose as the Mandarin and lead a terrorist group, some were upset at the twist.

Yet Slattery has since been more favorably embraced, especially after he popped up in a Marvel One-Shot called ‘All Hail the King’, written and directed by ‘Iron Man 3’ co-writer Drew Pearce.

And then came last year’s ‘Shang-Chi and the Legend of the Ten Rings’ where it was revealed that the true Mandarin, Wenwu (played in that movie by Tony Leung) had sprung Slattery from prison and was keeping him around as a sort of court jester. With the help of Shang-Chi (Simu Liu), Trevor escaped and helped in the fight against Wenwu.

Now, according to Variety’s sources, Kingsley’s Slattery will be back on our screens, albeit this time on TV via developing Disney+ series ‘Wonder Man’.

It’ll see him working again with Destin Daniel Cretton, who is acting as a producer on the show. The bulk of the creative heavy lifting, though, will be carried by Andrew Guest, who has Marvel experience himself thanks to a consulting producer (essentially a writer) on ‘Hawkeye’.

Wonder Man, for those who haven’t heard of him, was created by Stan Lee and Jack Kirby, and first arrived on Marvel’s pages in ‘Avengers #9’, which was published in 1964. The character’s real name is Simon Williams, son of a rich industrialist whose company runs into trouble after competition from Tony Stark.

Angered by how Stark has affected his family, Williams accepts an offer from Baron Zemo that grants him super strength and durability. He battles the Avengers several times, before joining them.

His comics runs have also included stunts as a stunt man and actor, so Slattery’s addition to the show points towards something that could spoof Hollywood.

James Gunn had Nathan Fillion lined up to cameo as the character in ‘Guardians of the Galaxy Vol. 2’ (in a series of film festival posters featuring Williams’ work) but that scene ultimately didn’t make the final cut of the movie.

Marvel, naturally, is not commenting on the Slattery news, but we’re happy to see Kingsley will have the chance to bring the character back once more. Will ‘Shang-Chi’s Morris have a cameo? Only time will tell.

Kingsley will next crop up in ‘Dalíland’ and Netflix’s ‘The School for Good and Evil’.

As for Cretton, the ‘Wonder Man’ show is just one project he has cooking away under his deal with Marvel. He’s also on to direct a ‘Shang-Chi’ sequel and recently scored an even bigger job, making ‘Avengers: The Kang Dynasty’.