The new trailer for the most anticipated film of the year goes further into the plot and features footage of every previously confirmed villain, but sorry, still no Tobey McGuire or Andrew Garfield. 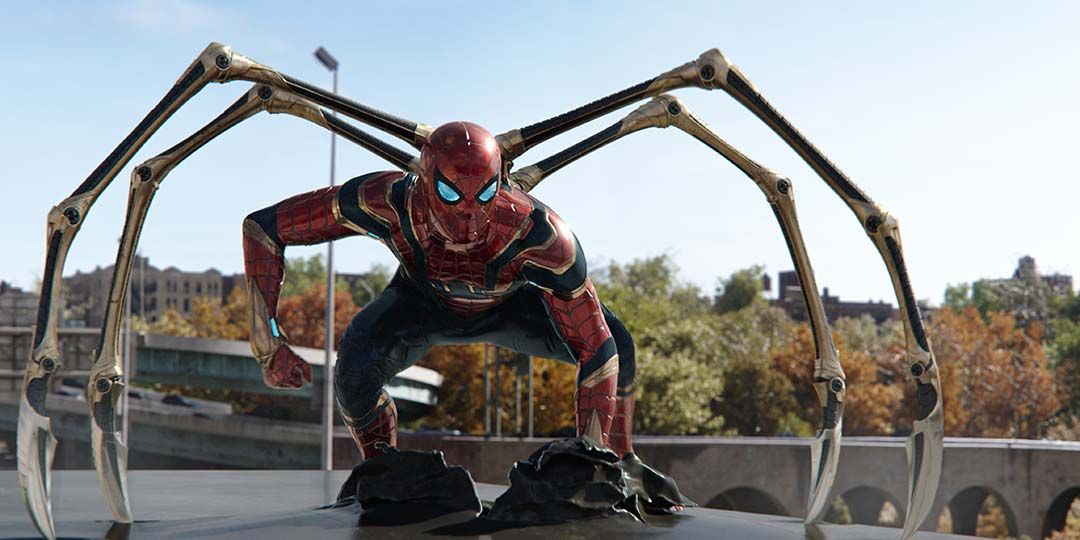 On Tuesday, November 16th, Sony and Disney released the final trailer for ‘Spider-Man: No Way Home,’ which opens in theaters on December 17th. With just a month to go until the release, promotion is kicking into high-gear, as they released the first poster last week, and a second this week that adds Benedict Cumberbatch to the background. The new trailer expands on the film’s plot, which we knew very little about previously other than that Peter Parker will go to Doctor Strange and ask him to make the world forget he is Spider-Man, and that opens up all kinds of Multiverse trouble. The trailer also features more footage of the villains, as well as our first look at Oscar winner Jamie Foxx reprising his role as Electro from ‘The Amazing Spider-Man 2.’ Unfortunately, Tobey McGuire and Andrew Garfield do not appear in the final trailer, as many fans had hoped, and there is no confirmation that they will ultimately appear in the movie at all.

The trailer begins with Peter Parker explaining to MJ that since he was bitten by that spider, he’s only had one good week, and that was the week he told her the truth about who he is. We then cut to the Sanctum Sanctorum, where Doctor Strange explains that ever since Peter made him “botch that spell” to have everyone forget that he is Spider-Man, they’ve been “getting some visitors from every universe.” We then cut to the action scene on the bridge, and get our first look at the Green Goblin flying out of a cloud of smoke above Spider-Man. We then see Spider-Man in his black costume dodging yellow lightning, followed by Doctor Octopus’ introduction on the bridge where Alfred Molina’s character unmasks Spider-Man and says, “You’re not Peter Parker.”

The next shot shows Doctor Octopus captured in some kind of cell and surrounded by Peter, MJ, and Ned. Peter asks him his name, and he replies, “Doctor Otto Octavius.” The kids then laugh at him, and Peter says, “No, seriously, what’s your real name?” This is a callback to the joke between Peter and Doctor Strange in ‘Avengers: Infinity War.’ After another shot of Peter in the black costume, doing some sort of “Doctor Strange magic” with his wrist, we cut back to the Sanctum Sanctorum where Strange is yelling at Peter, MJ and Ned. He says, “There are others out there. We need to send them back, so, Scooby-Doo this crap!” After making the Mystery Gang reference, MJ is having none of it and replies, “You know, all of this is kind of your mess. I know a couple of magic words myself, starting with the word please.” To which Strange smiles and says, “Please… Scooby-Doo this crap!”

After a shot of a sandstorm and yellow electricity flowing through the streets surrounding Oscar winner J.K. Simmons reprising his role as J. Jonah Jameson, we see Alfred Molina’s character say to Peter and his friends, “You’re flying out into the darkness to fight ghosts.” Peter asks him to explain what he means, and we cut to Strange saying that all the multiverse villains “die fighting Spider-Man” and that it is “their fate.” Not excepting that as the truth, Peter then steals a “magic box” from Strange and the two fight in the streets before taking their battle to on top of a moving train. Spider-Man says, “There must be another way,” and Strange shouts, “There isn’t. They are a danger to our universe.” We then get our first shot of Jamie Foxx reprising his role as Electro. He looks much more like his comic book counterpart this time around, with yellow lightning, not blue, and it forms around his head in pointed triangles, replicating the character’s original comic book costume. Electro is fighting Spider-Man, floating in the air and says, “You’ll never take this away from me,” before he shoots lightning at our hero.

Electro, Sandman, and The Lizard in 'Spider-Man: No Way Home'

It’s much clearer to me now as to what the basic premise of the story is and what the movie is really all about. We knew that Peter was going to ask Strange to cast a spell, so everyone would forget he’s Spider-Man, and that would lead to villains from other Spider-Man movies to appear through the multiverse, possibly creating a Sinister Six. While that is the setup, I think the plot will have more to do with Strange ordering Peter to “kill” these “variants,” and Spider-Man refusing to do it. This will also add drama to the trailer’s cliffhanger where MJ is falling to her death, which we know has happened with other versions of the character. Will Peter let MJ die, and would he sacrifice another life just to save hers? I think that may be the larger question that the film is dealing with, and multiverse villains is just the icing on the cake.

Zendaya and Tom Holland in 'Spider-Man: No Way Home'

But I still wouldn’t expect Tobey McGuire or Andrew Garfield to appear, and based on that trailer, I’m not even sure where you could fit them in. The only way I can think that you could have one or both of the former Spider-Man actors still appear is if they show up towards the end of the movie somehow and give Tom Holland’s Peter the confidence to save everyone, including the bad guys. What we do know is that ‘Spider-Man: No Way Home’ will feature Tom Holland, Zendaya, Jacob Batalon, Benedict Cumberbatch, Benedict Wong, Jon Favreau, Marisa Tomei, J.K. Simmons, Alfred Molina, Jamie Foxx, and maybe Willem Dafoe, reprising their previous MCU and Spider-Man franchise roles, and it will be release in theaters on December 17th.

You can watch the trailer below:

Marisa Tomei 'Quite Disappointed' One 'Spider-Man: Homecoming' Scene Was Cut

Here's How Much Spider-Man & Aunt May Will Be in 'Avengers: Infinity War'