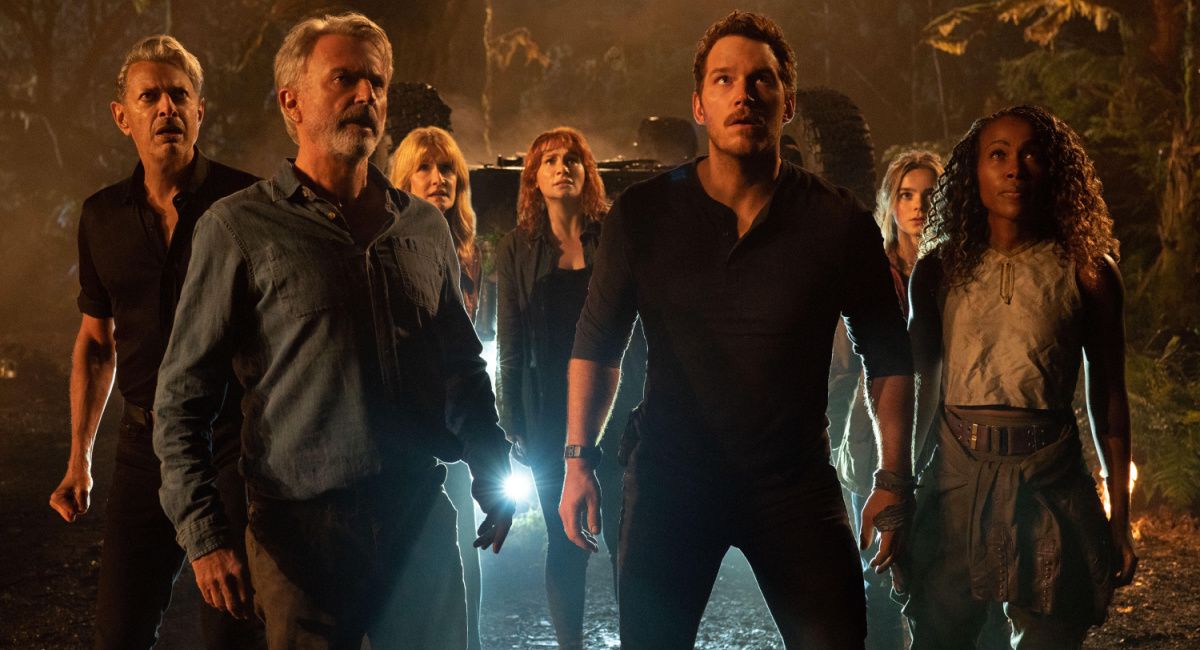 Opening in theaters on June 10th is the latest chapter of the ‘Jurassic Park’ franchise entitled ‘Jurassic World Dominion.’

Directed by Colin Trevorrow, ‘Dominion’ takes place four years after the events of ‘Jurassic World: Fallen Kingdom’ and the destruction of Isla Nublar. Dinosaurs now live and hunt alongside humans all over the world. This fragile balance will reshape the future and determine, once and for all, whether human beings are to remain the apex predators on a planet they now share with history's most fearsome creatures.

Moviefone recently had the pleasure of speaking with Chris Pratt and Bryce Dallas Howard about their work on ‘Jurassic World Dominion.’

You can read our full interview with Chris Pratt and Bryce Dallas Howard below or click on the video player above to watch our interviews with Pratt, Howard, Laura Dern, Isabella Sermon, DeWanda Wise, Mamoudou Athie, and director Colin Trevorrow.

Moviefone: To begin with, how do you feel about ‘Jurassic World Dominion’ releasing in movie theaters on the big screen?

Chris Pratt: It's fantastic. I think the world is ready to get back to the movies and this is the perfect film to kick that off. It was made for the big screen. It is the epic grand finale of this beloved franchise. People love ‘Jurassic Park,’ people love ‘Jurassic World’ and the two franchises converge in a finale that's really unlike anything that's ever been filmed before. So, it's perfect for the big screen.

Bryce Dallas Howard: It's a spectacle. It's absolutely a spectacle and it's a ride. I think when you go to the theater, it eventizes whatever you're seeing. The fact that what you're seeing here is ‘Jurassic World Dominion,’ like what Chris was saying, it's the sixth movie in three decades. So, I think that if you're going to go to the theaters this summer with your family, this is definitely the movie to see in a theater.

CP: Especially since it's like the farewell film, you know? You always want to catch the big act on their farewell tour, and I think that's what this is. So, you definitely don't want to miss it.

MF: Finally, the movie also features the return of original cast members Sam Neill, Laura Dern, and Jeff Goldblum. What are your memories of watching the first ‘Jurassic Park’ back in 1993?

CP: The whole world was waking up to this idea that, first of all, this Jurassic pandemonium, everybody loved it and loved the dinosaurs, but it was successful for many reasons. It was this merging of science, imagination and cinematic techniques that essentially allow us to see what we could have only up until that point imagined.

It was a great story. Michael Crichton’s amazing book adapted by Steven Spielberg had an incredibly poignant themes about life, technology, corporate greed, hubris and nature. So, it was just the perfect storm of wonderful things. I remember it very clearly and the fact that we're sitting here next to each other, talking about the finale and we're a part of that, it's surreal. We're both very blessed.