The actors also talk about whether it’s ok to like bad guys.

‘Copshop’ tells the story of Teddy Muretto (Frank Grillo) who is on the run from ruthless hitman Bob Viddick (Gerard Butler). Muretto punches rookie police officer Valerie Young (Alexis Louder) so he’ll be arrested and put into police custody, but Viddick gets himself locked up in the same jail, and it’s up to Young to keep the peace. Gerard Butler and Alexis Louder spoke to Moviefone about their new action thriller. 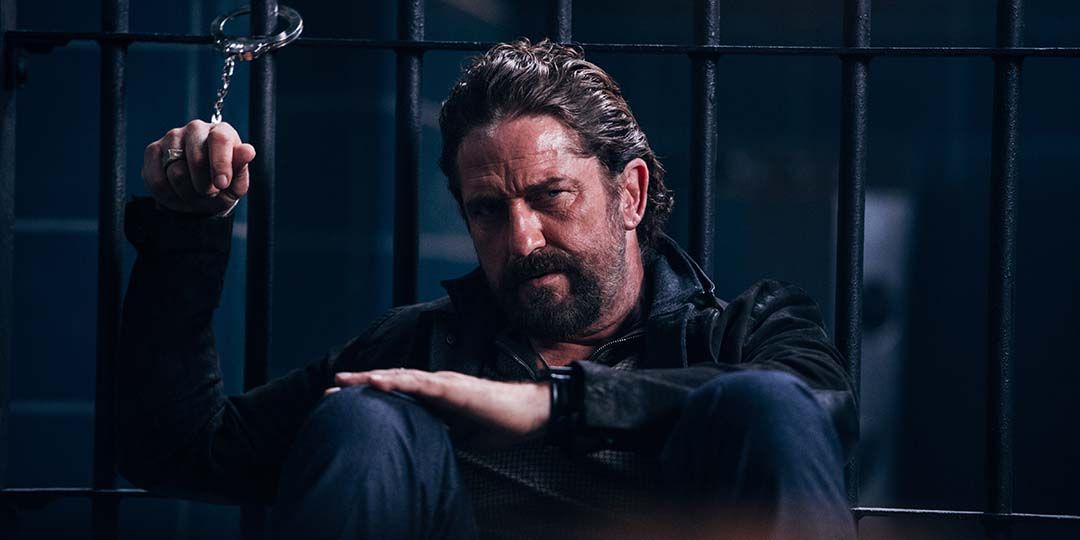 Moviefone: Gerard, this is a role that we're not used to seeing you in. I'm used to seeing you in roles where you are the moral compass. You're pointing north. This character is certainly not like that. So what was the preparation like for this, and was it challenging for you?

Gerard Butler: I guess every role is challenging in different ways. So yeah, it was challenging because it is a character I'm not used to playing, so I had to stretch different muscles and be creative in a different way. But it was also super fun to get my teeth into something that I can have examine that darkness, and that intensity, and that willpower. That ruthlessness. But then try and get some other colors in there, and not have him just as a killer. So yeah, it was fun preparing for it, and it was definitely fun performing it.

Moviefone: Is it bad that I really liked him, still? What does that say?

Butler: I don't know if that just says I'm a likable guy, or just that I'm not a convincing bad guy.

Alexis Louder: No. Shame on you! Shame! You should not like Viddick.

Moviefone: I don't know, I think it's Gerard. I just feel like there's still something about... Even though he's playing this bad guy, I still felt like he was a good guy in the end. I don't know.

Butler: By the way, it was the same in Law Abiding Citizen. I killed everybody, even innocent people, and people were still, "I didn't want you to die at the end. I liked you so much." I'm like, "Is that a good thing? I don't know."

Moviefone: Alexis, if you had to write a biography for Valerie Young, what would it say?

Louder: It would say that Valerie Young probably grew up in this town, and she has a connection to it and wants to stay there. But she would, as a police officer, she definitely would want to be in one of the bigger, larger markets, where there's more happening. She'd be taking out drug lords, and kingpins, and different things like that. But the trouble finds her when Viddick and Murretto come into her station and create all this mayhem. Where she has to figure out how to restore law and order in all this chaos. She has an insatiable thirst for justice, she knows the difference between right and wrong, and she feels like it's mostly black and white. And she's there to keep the bad guys in jail, where they're supposed to be.

'Copshop' is now in theaters.