But a spin-off featuring Michael Peña is in development to replace it. 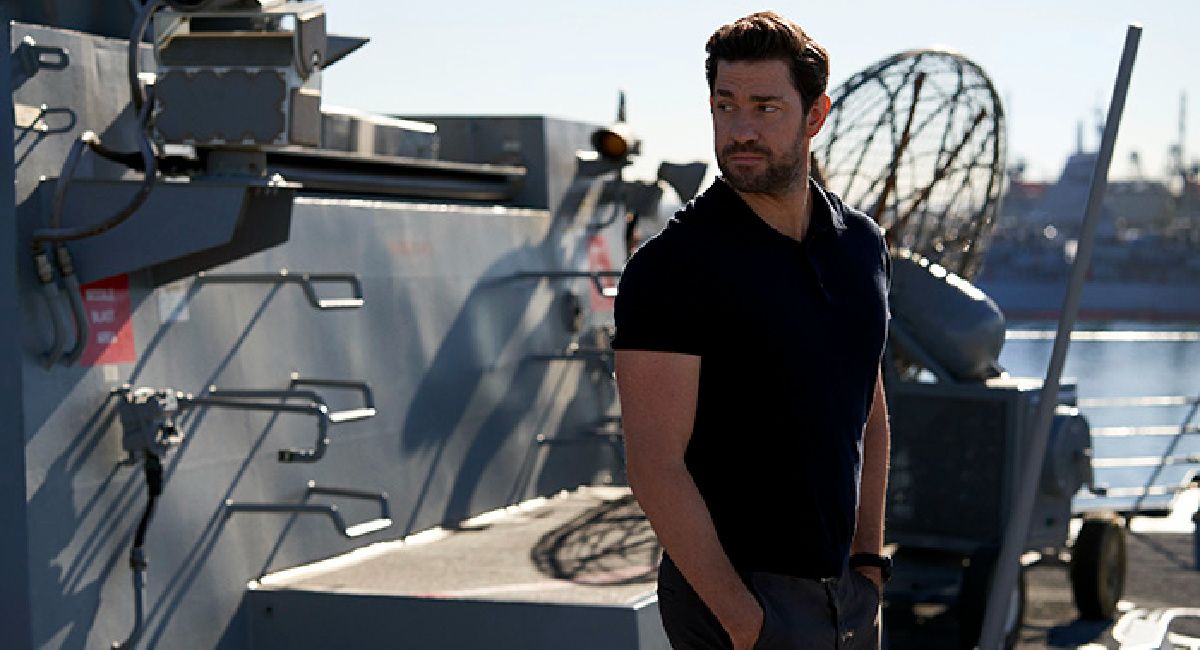 It appears that the countdown clock is about to run out for John Krasinski’s TV take on Jack Ryan.

According to Deadline’s sources, the Prime Video action series will wrap up with Season 4, which is now shooting.

‘Jack Ryan’ has Krasinski playing the character from the Tom Clancy novels previously brought – to movie theaters – by Alec Baldwin, Harrison Ford,  Ben Affleck, and Chris Pine). Ryan, a former Marine injured in the line of duty, becomes a stockbroker before joining the CIA as an analyst and seeing more action than many of his desk-bound colleagues.

The series also stars Wendell Pierce and Abbie Cornish, who play his boss James Greer and girlfriend Cathy Mueller, respectively. Krasinski signed on for four seasons when he originally took the job, and in the later seasons has been involved in writing and show-running.

But fear not, Ryan fans: if you’re already starting to dread the end, be assured that there is still Season 3 headed our way this year and Season 4 likely to hit in 2023. Plenty more action left to enjoy.

And it appears that Prime Video is not ready to completely close the ‘Ryanverse’ just yet. A spin-off series, following the adventures of Domingo “Ding” Chavez, another major character in the ‘Ryan’ stories, is in very early development.

Michael Peña will likely be headlining that if the show makes it to series – Prime Video plans to introduce the character in the final episode of Season 3, with Peña then becoming a series regular for the fourth season.

Chavez, who joined the CIA straight from the United States Army, has gone on missions in countries like Colombia, Iran as well as the United Kingdom where he acted as the executive officer of Rainbow Six. The character has appeared in 22 novels from the larger Jack Ryan Universe. He was played by Raymond Cruz in ‘Clear and Present Danger’.

An end to ‘Ryan’ doesn’t feel like a huge surprise. Though Krasinski has been able to fit in shooting the show around his big screen schedule, that is set to get even busier soon as he juggles various projects, including ‘IF’, which sees him writing, producing, directing and appearing.

The fantasy comedy has Ryan Reynolds and Krasinski’s old ‘The Office’ boss Steve Carell starring in the story of a man (Reynolds) who can see and communicate with other peoples’ imaginary friends, who, it turns out, are not so imaginary. He befriends those who have been forgotten or discarded, but some become irretrievably evil, and he must find a way to stop them.

There is also Krasinski’s ongoing duties on the ‘A Quiet Place’ franchise – he’s overseeing at least one spin-off (‘A Quiet Place: Day One’ has ‘Pig’ director Michael Sarnoski in charge) and potentially returning for a third outing as writer/director.

And that’s not forgetting his other big screen job, which may or may not still happen (and that’s all we’ll say about that – don’t want to stretch our luck).