He’s also dealing with a plan by some hardline Russians to restore the USSR using nuclear chaos. Or, as he calls it, “Thursday”.

Jack Ryan just can’t cut a break. But then, if his life were an easy round of sitting at home with his slippers on drinking hot cocoa, we’re not sure whether anyone outside of John Krasinski’s most committed fan base would watch that.

For season 3 of Prime Video’s thriller series, Krasinski is back playing the character from the Tom Clancy novels previously brought––to movie theaters––by Alec Baldwin, Harrison Ford, Ben Affleck and Chris Pine. Ryan, a former Marine injured in the line of duty, becomes a stockbroker before joining the CIA as an analyst and seeing more action than many of his desk-bound colleagues.

The series also stars Wendell Pierce and Abbie Cornish, who play his boss James Greer and girlfriend Cathy Mueller, respectively. Krasinski signed on for four seasons when he originally took the job, and in the later seasons has been involved in writing and show running. 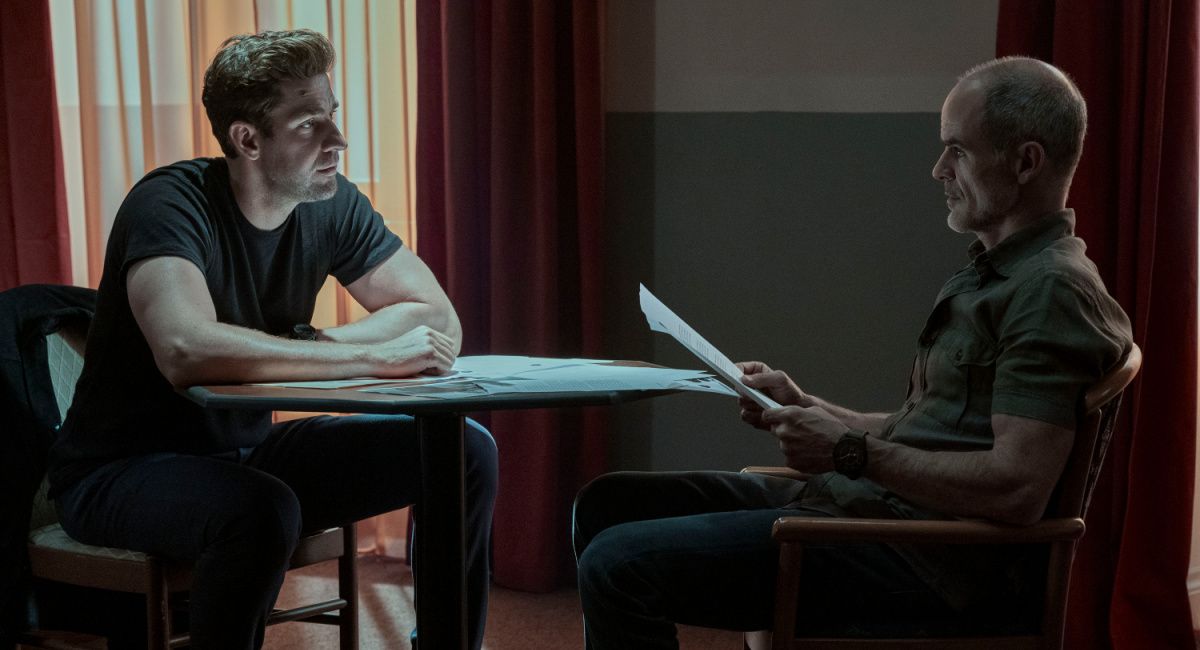 For this latest season Ryan is working as a CIA case officer in Rome, when he is tipped off that the Sokol Project, a secret plan to restore the Soviet Empire, is being resurrected more than 50 years after it was thought to have been shut down.

Jack embarks on a mission to confirm the intelligence, but things quickly go awry, and he is wrongly implicated in a larger conspiracy. Accused of treason, with a Red Notice out for his arrest, Jack is forced to run from his own government, if he has any hope of uncovering the rogue faction before it’s too late.

Crisscrossing Europe as he is hunted by former allies and new enemies alike, Jack races against the clock to stop the cascade of destabilizing conflicts from leading to global catastrophe…

And even though the plan is to end the show with a fourth season that is arriving most likely in 2023, there is hope for ‘Ryan’ fans as plans are afoot to keep the stories going via a spin-off.

The new show, following the adventures of Domingo “Ding” Chavez, another major character in the ‘Ryan’ stories, is in very early development, to star Michael Peña.

He likely be headlining that if the show makes it to series – the ‘Ryan’ team will introduce the character in the final episode of Season 3, with Peña then becoming a series regular for the fourth season.

Whether this truly proves to be the final trailer or if the streaming service squeezes in another before the premiere, ‘Tom Clancy’s Jack Ryan’ will hit Prime Video on December 21st with its eight-episode third season.