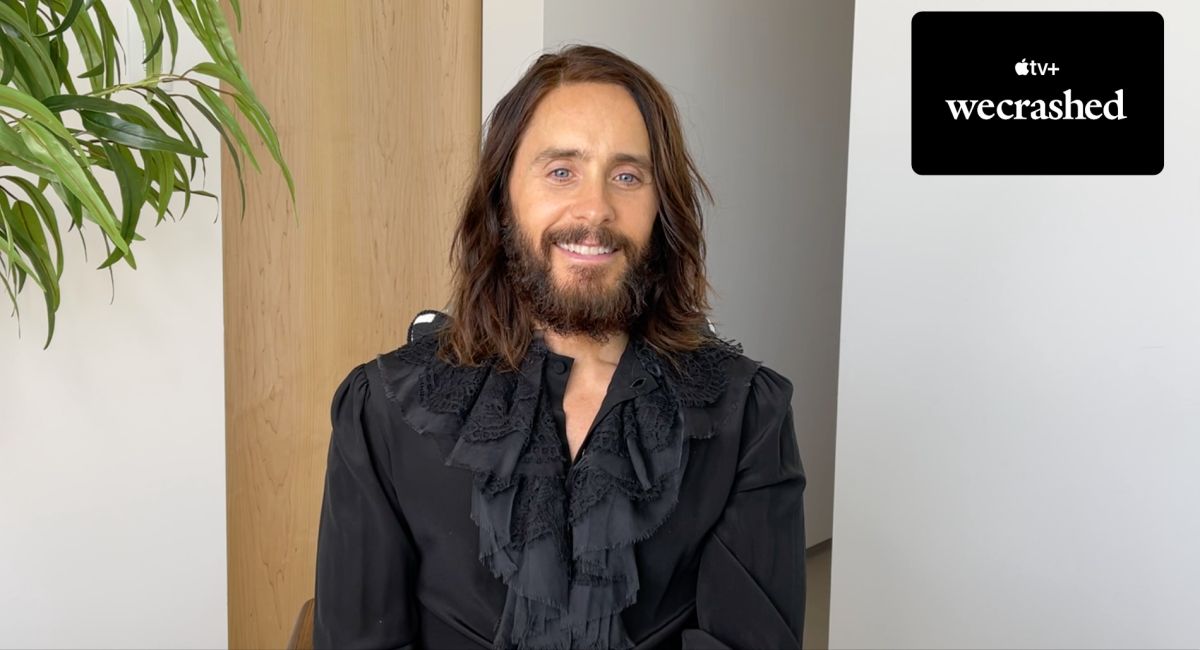 The series stars Oscar winner Jared Leto (‘Dallas Buyers Club’) as Adam Neumann, co-founder of WeWork, and Oscar winner Anne Hathaway (‘Les Misérables’) as his wife, Rebekah Neumann. The series follows the rise and fall of WeWork, one of the world's most valuable startups at the time.

Moviefone recently had the pleasure of speaking with Jared Leto about his work on ‘WeCrashed.’

You can read our full interview with Jared Leto below, or watch a video of our interviews with Leto, Anne Hathaway and Kyle Marvin in the video player above.

Moviefone: To begin with, is there a scene in ‘WeCrashed’ that you shot that is completely different than the way it was written in the script, that you were able to make better on the day of filming?

Jared Leto: Well, I don't know how brilliant it is, but the food fight wasn't scripted at all. I think it's in the show. There was one point we were in a boardroom meeting, and I just, for some reason, I looked over at Kyle and I just had this instinct to start throwing the food, the platters, the stuff, and that we were in such a crazy moment of abandon and energy. I looked at his face, then at the food. He looked at me, and we just started hocking the food. I think at one point there was a salami flat on his eyeball, but it was quite unexpected and fun.

MF: Can you talk about your approach to playing Adam Neumann and how you discovered the voice for the character?

JL: That's a great thing about telling such a modern story. There was so much material. I was really just buried in it. So, I love that. I love the research. I love to learn. I'm fascinated by the characters that I plan and being part of this was really fun because there was so much to draw from including incredible podcasts, and a couple of books. There's a documentary, there's all kinds of stuff, and I was just buried in it. I also worked with a great team of Israeli people developing the accent and the voice. The voice is a really important part of who he is, who he was, and how he communicated his ideas and he interacted with people.

I love a weird start. When I'm on set and especially on 'WeCrashed,' I often try to break scenes, you know? You try and fail because from those moments, you can build back together something with an enormous amount of truth and magic. So, it's always good to start off with something quite a little broken.

JL: It's a very astute and smart question. Sometimes both. Sometimes if a scene's not working, you could try that sometimes. I always just think it's a good habit in general, but to surprise yourself is a beautiful thing, too.

Anne Hathaway to Star in Roald Dahl 'The Witches' Adaptation