'Confess, Fletch' is an Enjoyable and Faithful Adaptation

Jon Hamm perfectly embodies the title character in this adaption of Gregory Mcdonald's mystery novels, which is more faithful than the Chevy Chase movies. 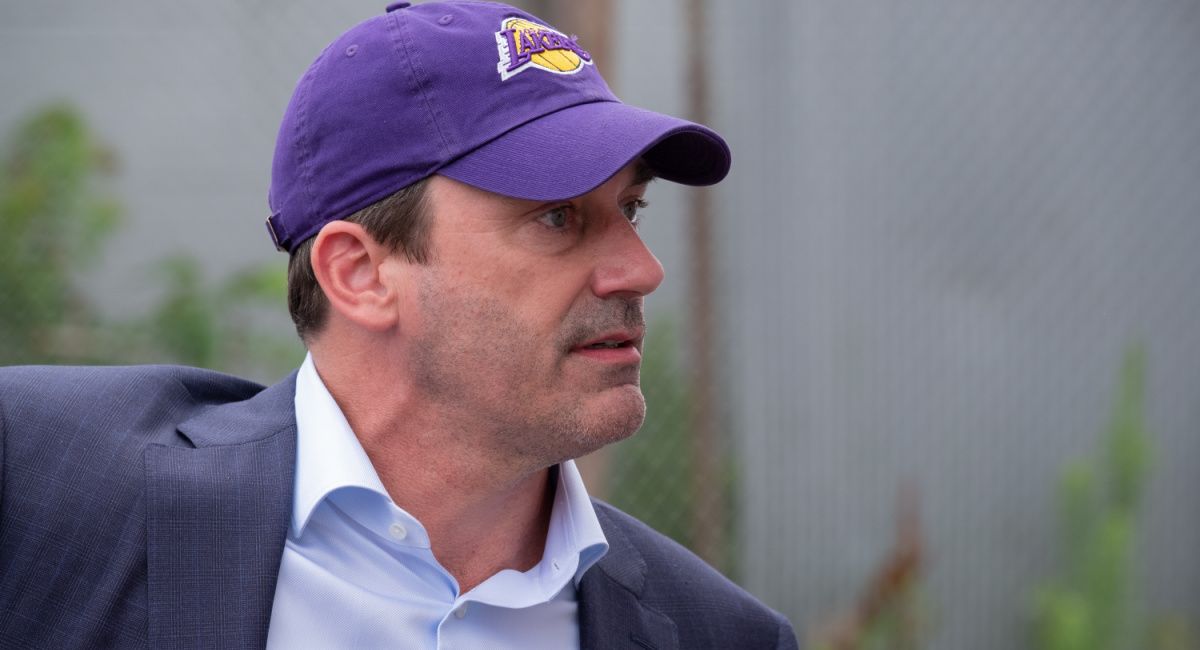 The new movie, which opens in theaters, on digital, and on demand beginning September 16th, was directed by Greg Mottola (‘Superbad’) and stars Jon Hamm (‘Top Gun: Maverick’) in the title role.

Former investigative reporter Irwin “Fletch” Fletcher (Hamm) finds himself in Italy helping a wealthy man locate his stolen paintings. Fletch soon falls in love with the man’s daughter (Lorenza Izzo), but then discovers that her father has been kidnapped and they are demanding the paintings in return.

Fletch finds a clue to where the paintings could be and travels to Boston to investigate. However, upon arrival Fletch is accused of the murder of a woman he’s never met. With Boston Detective Monroe (Roy Wood Jr.) investigating him, Fletch will have to call on help from his old editor Frank (John Slattery), in order to solve the murder, find the paintings, and rescue his girlfriend’s father.

The result is an enjoyable comedic mystery that is far more faithful to the source material than the Chevy Chase movies, and finally finds the perfect star vehicle for John Hamm’s particular talents after ‘Mad Men.’

I’m a huge ‘Fletch’ fan. My dad read the novels when I was a kid, and ‘Confess, Fletch’ was the first “adult” book I ever read. I also loved the Chevy Chase movies, especially the original 1985 ‘Fletch.’ But even as a kid, I knew that ‘Fletch’ and ‘Fletch Lives’ are really Chevy Chase comedies and not straight adaptations of the books. There always seemed like there could be another direction to take this character.

A new ‘Fletch’ movie has been in the works for years. At one-point Kevin Smith was going to take on the franchise and either cast Jason Lee or Ben Affleck in the title role. Then after the release of ‘Garden State’ it looked like Zach Braff would both direct and star in a reboot of ‘Fletch,’ but neither ever came to pass.

As a fan I am glad because I really liked director Greg Mottola and producer and actor John Hamm’s version of Mcdonald’s character. Mottola does not direct the movie as a comedy, but rather as a mystery noir with funny characters in it. His choice of a jazz music soundtrack also sets the mood and gives the film a fun tone. I also liked the choice to set the movie in Boston, Mcdonald’s hometown, and since Fletch is a diehard Lakers fan, that leads to several comedic moments.

But ‘Confess, Fletch,’ much like the original ‘Fletch’ only works because of the actor playing the title character. While many fans may have a hard time seeing anyone except Chevy Chase play this role, I do believe that Jon Hamm was uniquely qualified to play Fletch. In the books, Fletch is described as handsome, charming, witty, and a bit arrogant. While Chase’s performance captures some of those elements, he played the character much sillier and goofier than he was in Mcdonald’s novels.

We all know John Hamm is very handsome, but we also know that he can be incredibly funny, and it’s that combination that really makes him perfect for this role. Fletch is a bit of a flirt, and that is believable from Hamm, and also believable that the women might flirt back. Hamm’s natural charm exudes in this role and he seems very comfortable in the part. It really is the perfect vehicle for the actor right now, who has had some missteps in his post 'Mad Men’ career but is coming off the huge success of ‘Top Gun: Maverick’ this summer.

On a whole, the movie is far from perfect and certainly has some plot issues. The mystery is not exactly hard to figure out, but to be honest, the novels were never really about solving the mystery, they were more about watching Fletch bumble his way through solving it himself, and in that aspect the movie delivers.

Some of the supporting cast is a little too over-the-top at times with their “whacky” characters including Oscar winner Marcia Gay Harden, who plays Fletch’s girlfriend’s step-mother. While the actress is clearly having fun with the role, her performance seems rushed and forced at times. The same could be said for Annie Mumolo’s nosy neighbor, and Kyle MacLachlan’s EDM loving art consultant. While their characters add to the comedy, they just don’t come off as believable in the end.

In contrast, Lorenza Izzo, who was last seen in ‘Once Upon a Time in Hollywood,’ was solid as Fletch’s girlfriend. While her role is limited to keeping the plot moving at times, the actress is charming in the role and even keeps you guessing as to her true intentions right up to the end of the film.

But the true treat for ‘Mad Men’ fans is to see John Slattery and Jon Hamm on screen together again. Slattery plays iconic ‘Fletch’ character Frank Walker, who was portrayed by Richard Libertini in the Chevy Chase movies. Of course, Slattery and Hamm have great chemistry together, and Slattery is a great casting choice for Fletch’s grumpy former boss. Also, for ‘Fletch’ fans, there is a cool Easter egg when Frank is introduced in ‘Confess, Fletch’ as we also meet Larry, who was played by Geena Davis in the 1985 movie.

In the end, ‘Confess, Fletch’ is really Jon Hamm’s movie and for the most part, he makes it work. Whatever short comings the film may have, it overcomes it with a charming performance from Hamm, strong directing choices from Mottola, and of course, Mcdonald’s iconic character.