Paul Feig has leapfrogged across different genres in his filmmaking career so far, though he might be best known for the comedy likes of ‘Bridesmaids’, ‘Spy’ and the 2016 ‘Ghostbusters: Answer the Call’.

Now, with Netflix’s ‘The School for Good and Evil’, he’s headed into fairytale territory, and he’s bringing the likes of Charlize Theron, Kerry Washington and Michelle Yeoh into this magical world.

Adapted from Soman Chainani's best-selling book series, our story starts in the village of Gavaldon, where two misfits and best friends, Sophie (Sophia Anne Caruso) and Agatha (Sofia Wylie), share the unlikeliest of bonds. Sophie, a lover of fairy tales, dreams of escaping her ordinary village life, while Agatha, with her grim aesthetic, has the makings of a real witch. Then one night under a blood red moon, a powerful force sweeps them away to the School for Good and Evil — where the true story of every great fairy tale begins.

Yet something is amiss from the start: Sophie is dropped into the School for Evil, run by the glamorous and acid-tongued Lady Lesso (Theron), and Agatha in the School for Good, overseen by the sunny and kind Professor Dovey (Washington).

As if navigating classes with the offspring of Cinderella, Captain Hook, and the dashing son of King Arthur (Jamie Flatters) wasn’t hard enough, according to the Schoolmaster (Laurence Fishburne), only true love’s kiss can change the rules and send the girls to their rightful school. But when a dark and dangerous figure (Kit Young) with mysterious ties to Sophie reemerges and threatens to destroy the school and the rulebook entirely — the only way to a happy ending is to survive the fairytale first… 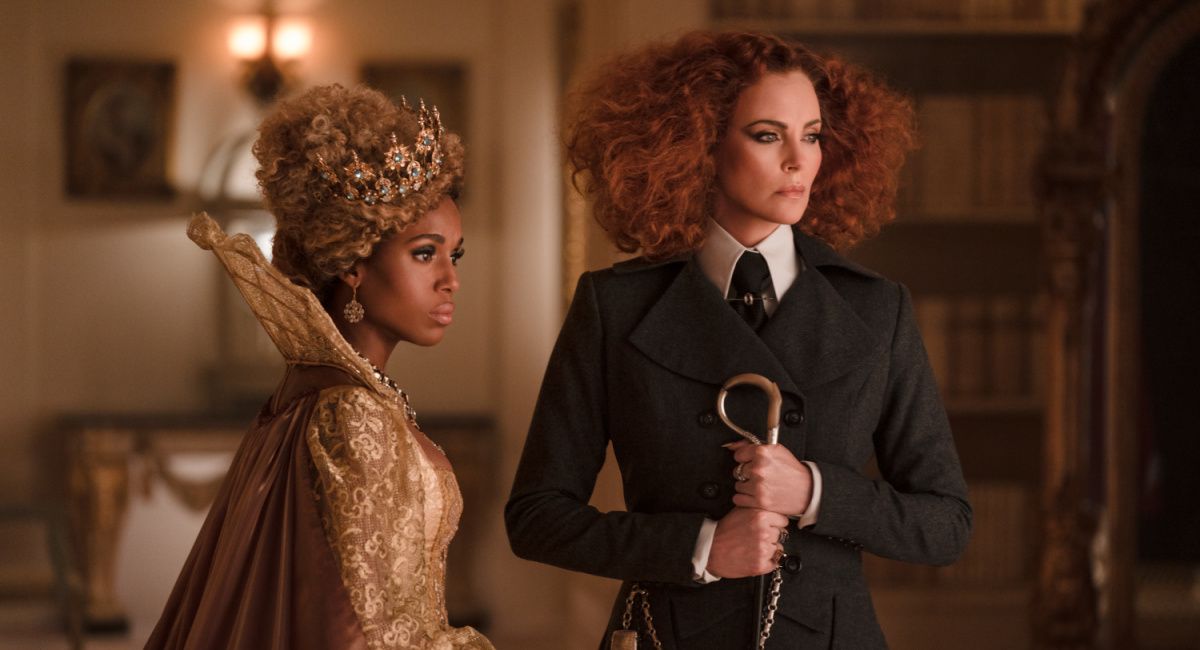 As the new, full trailer suggests, Sophie is all too ready to embrace her bad side, while Agatha will have to fight to save her.

They’ll have help from the likes of Yeoh as Professor Anemone, who teaches beautification at the School for Good. From the looks of the trailer, she’s got a nice line in zingers to go with her powers.

There’s plenty of subversive fantasy action to be found here, which will hopefully lift this above the many movies that have come along in the wake of the ‘Harry Potter’ franchise, many of which wouldn’t even make the grade at Hogwarts.

And given the presence of Feig (who wrote the script with David Magee) behind the camera, there’s plenty of scope for this to have a decent vein of humor running through it.

‘The School for Good and Evil’ will arrive on Netflix on October 19th.

(L to R) Michelle Yeoh as Professor Anemone in 'The School For Good And Evil.' Photo: Helen Sloan / Netflix © 2022.