Truths are Coming to Light in the ‘Servant’ Season 4 Trailer

It’s the beginning of the end for the creepy Apple TV+ series produced by M. Night Shyamalan as the stakes are raised.

For three seasons now, ‘Servant’, the creepy, stylish Apple TV+ series created by Tony Basgallop and executive produced by M. Night Shyamalan, has been bringing us ever weirder drama between a family, the nanny they hired to look after their “son” (a doll replacing their deceased infant as a way to deal with grief) and the church that she is now seemingly fighting against.

With Season 4, it all comes to an end, and the final trailer for the show has now landed. Just don’t expect it all to be wrapped up in a tidy little bow.

‘Servant’, for those who might not have been aware until now, follows Dorothy (Lauren Ambrose) and Sean (Toby Kebbell) Turner, a seemingly well-to-do couple living in Philadelphia. He’s an experimental chef, and she’s a TV reporter. But their lives are struck by tragedy when their baby son Jericho dies.

Plunged into the depths of grief, Dorothy retreats from the world, causing more concern for Sean and her brother Julian (Rupert Grint). To try and help them both recover, Sean buys a doll that could pass for Jericho and hires a nanny, Leanne Grayson (Nell Tiger Free). 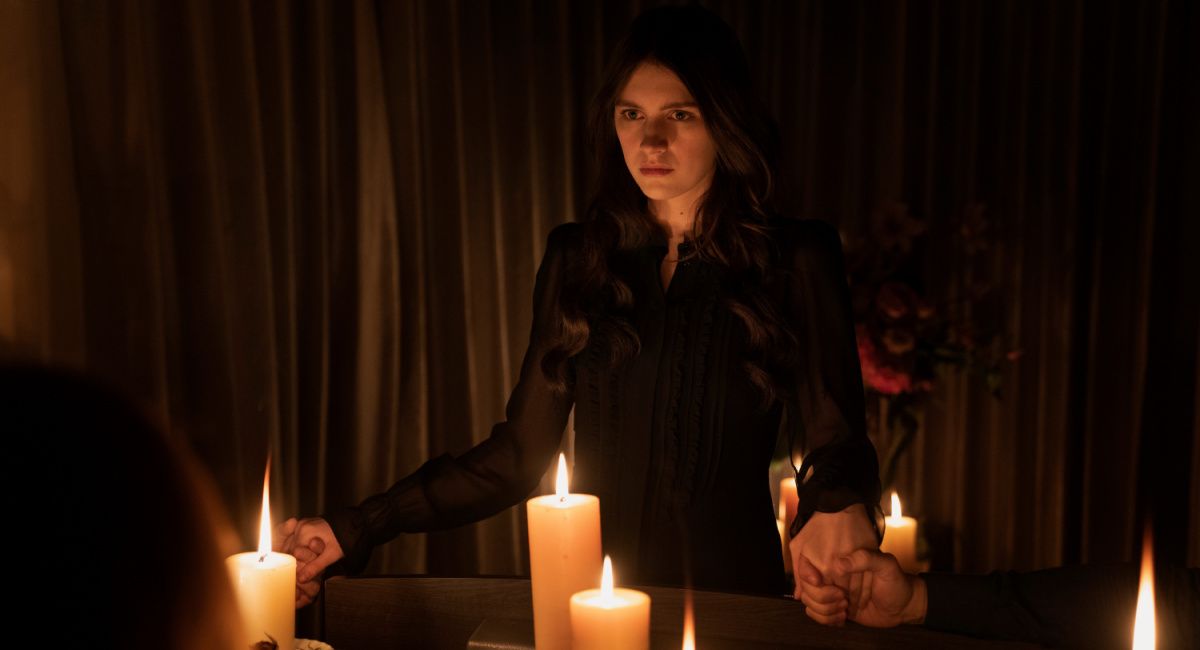 But that’s just the tip of the oddness iceberg, as there are signs that Jericho might be back alive and the demure, nervous Leanne belongs to a church––or is it a cult?––that has designs on the child and the family.

And, as the series has gone on, the plot turns have become ever stranger (which, let’s be honest, is something we’d expect with Shyamalan’s name among the credits).

Season 3 ended as the enigmatic and malevolent Leanne had grabbed the resurrected baby Jericho from Dorothy as the latter fell through their brownstone’s rotted staircase.

Dorothy is back and seemingly recovered in the new season, as much as the severely paranoid woman can recover. “She scares me,” Ambrose’s character admits as Leanne puts on dark lipstick and glides around the house, more powerful than ever. But who really has the power?

Season 4 promises to tip into the apocalyptic as Leanne displays more abilities, manipulating people and animals around her––and even power lines. ‘Servant’ is certainly not looking to go out quietly.

Here’s the official synopsis: “Leanne’s war with the Church of Lesser Saints heightens, threatening Spruce Street, the city of Philadelphia and beyond. Meanwhile, the shattered Turner family must not only confront the increasing threat of Leanne, but the certain reality that Dorothy is waking up. As the Turner family brownstone continues to crumble, questions are finally answered: Who is Leanne Grayson and who is the child in their home?”

We’ll find out when ‘Servant’ Season 4 kicks off with its first episode on Friday January 13th, with further episodes of the 10-episode final run launching weekly.