The gang is facing their biggest threat yet… 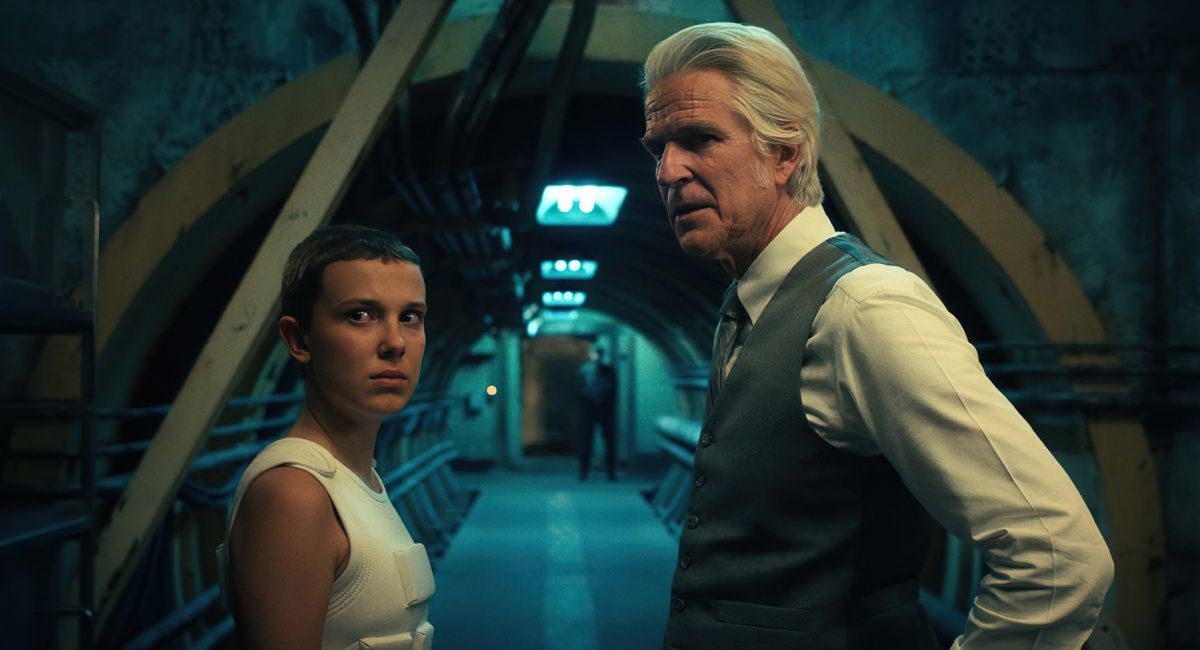 Now here comes the trailer for the episodes, promising a lot of explosive action, fresh threats, and ominous warnings that our heroes are in over their heads even more than ever.

Picking up a year or so after the explosive end of Season 3, the first volume’s episodes found Eleven (Millie Bobby Brown), Will Byers (Noah Schnapp) and his family living in Southern California, having made the smart choice to move away from Hawkins, Indiana. While Eleven is having trouble fitting into a new school, she’s soon informed by Sam Owens (Paul Reiser) that her particular set of mysterious skills are needed back in Hawkins.

There’s just one small problem with that plan: she doesn’t have them anymore. Yet back in Hawkins, things continue to be, well, strange. Mike (Finn Wolfhard), Dustin (Gaten Matarazzo) and Lucas (Caleb McLaughlin) are facing their own challenges, moving on up to Hawkins high school and all the potential bullying, hormonal issues and fashion challenges that presents.

But possibly having an even harder time is Sadie Sink’s Max Mayfield, who is still grieving the death of brother Billy (Dacre Montgomery), who sacrificed himself in the big battle.

They’ll need real help, as something even more terrifying is on the way and a giant conflict is bubbling away, with some of it tied to the creepy new location of the Creel House. Then there’s poor old Jim Hopper (David Harbour), locked away in a prison in Kamchatka, Russia. At least he’s alive, but for how long?

The end of Season 4’s first volume saw Mike’s sister Nancy (Natalia Dyer) trapped in the Upside Down by new big bad Vecna and friend Steve (Joe Keery) in a bad way after being attacked by bat creatures.

With threatening voice-over from Vecna (who, spoiler alert, we learned is the son of the ill-fated Creel family, born with special abilities and eventually sent to the same facility that housed Eleven.) He went on to become a member of the staff (played in adult form by Jamie Campbell Bower) but has since embraced his inner darkness and is now hunting Hawkins townsfolk, killing them, and dragging them to the Upside Down.

And now he and Matthew Modine’s Dr. Brenner are all about telling Eleven that even with her powers restored, she might not be enough to stop him.

Is this the end for the Hawkins heroes? Well, we doubt it, given that Season 5 is in the works and planned to actually wrap up the series, but there’s every indication that not everyone will make it out of the season alive. Protect Steve’s hair at all costs!

Promising to be the biggest episodes yet – the two finale entries have a combined running time of nearly four hours – ‘Stranger Things 4’ Volume 2 lands on Netflix on July 1st.

It's Official: Helen Hunt & Paul Reiser Sign on for 'Mad About You' Revival