Pushing boundaries again, one of the most shocking shows on TV continues its winning combination of gore, laughs and solid characterization. 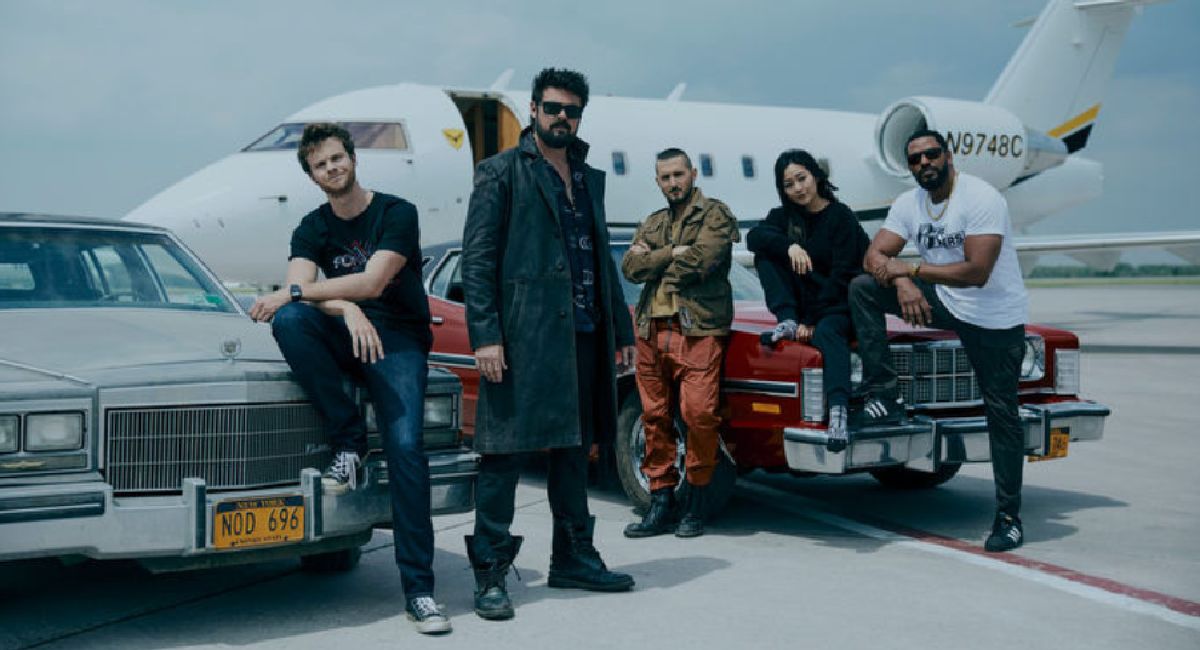 Debuting with the first three episodes on Prime Video today, ‘The Boys’ returns for its third season having lost none of its capacity to shock and delight in equal measure.

The show about dysfunctional superheroes – and the vigilantes who are dedicated to keeping them in check – is back in a more crowded market for such stories – James Gunn offered plenty of gore and chaos in ‘Peacemaker’ and ‘Invincible’ unleashes animated mayhem with each successive episode.

‘The Boys’ follows a world in which superpowered people (or “supes”) – many of them the creation of the less-than-moral Vought corporation mingle with us regular folk, performing heroic acts and behaving much like movie stars for their adoring crowds. The wrinkle here though is, like some celebrities, they’re also extremely fallible souls, prone to bad behavior and selfish, abusive attitudes, and when you combine that with the ability to lift cars, fly or explode heads, it’s a very, very hazardous combination.

Prime among them is Homelander (Anthony Starr), who believes he’s god’s gift to the world, an emotionally stunted man-child who acts out and causes endless problems for those around him. Starr’s performance is pitch-perfect, smug, and entitled, preening and impervious (literally). There are hints of humanity under the surface, but this season he doubles down on the desperate need to be in control of everything around him.

A sweary ying to his yang is Billy Butcher (Karl Urban), the uncouth cockney leader of the rag-tag opposition group named in the title. The “boys” – plus Karen Fukuhara’s superpowered Kimiko – who all have their reason to dislike supes, and to hold grudges against them. Some, such as Laz Alonso’s Mother’s Milk, lost their parents to Supe activity, whereas Hughie (Jack Quaid, who began the show as the audience’s way into this conflict, (but is now firmly entrenched in it, not least because he’s dating Annie/Starlight, a superhero played by Erin Moriarty), saw his girlfriend exploded into bloody vapor thanks to the careless speedy actions of the Flash-like A-Train (Jessie T. Usher).

As Butcher, Urban holds the vigilante side together, his character is a mix of his own foibles and insecurities, not least because last season he learned that his son was fathered by Homelander. Oh, and his wife died when said son tried to save her from a psychopathic Nazi supe, accidentally wounding his mother.

Season 3 kicks off with the characters in even more disarray – Homelander is facing challenges to his authority, which only serves to make him even angrier, while Billy confronts one of the eternal questions of the show – just how far are you willing to go to achieve your aims? And when does fighting the good fight become an obsessive quest that threatens everyone around you?

It's no spoiler to say that this year Billy gets a real upgrade in his fight, (his glowing eyes are all over the trailer), but we’ll leave the specifics for you to enjoy. It all plays well into the show’s regular obsessions, especially if you ponder what happens when Butcher becomes the thing he hates, even if it’s temporary.

Yet with the space to tell its story (the show is eight episodes this season), ‘The Boys’ has never just been about Homelander and Butcher. Almost every character enjoys a relatively meaty storyline this year, whether it’s Kumiko dealing with her desire to lose her powers, charismatic veteran soldier Frenchie (Tomer Capone) trying to maintain his relationship with her while his past comes back to haunt him or Starlight diving into trying to take down Homelander from within her position on the Seven team.

There are moral compromises, bad decisions, terrible actions, and regrettable turns all over the place, with no one in this world entirely good or entirely bad (well, Homelander’s pretty much irretrievably awful at this point).

Of course, ‘The Boys’ is also still sticking to its house style, adapted from the comic book series by Garth Ennis and Darick Robertson, itself unafraid to leapfrog over lines that most other stories would be too afraid to cross. If you’ve seen an episode (or, let’s be honest, a few minutes) of this show, you’ll know its propensity for blowing people up, hacking off limbs or causing other horrific injuries, and that continues in fine style here.

There is a moment within the first 10 minutes here that involves someone with the ability to shrink to minute size and another person’s… Well, that would be telling. Suffice to say, we would not suggest eating while the sequence occurs. In fact, that’s probably a good idea through most of the episodes, because a lot of bad stuff happens to various characters, some of it violent, some of it sexual. The commitment to startling vulgarity can sometimes be wearing, but the show balances that out by keeping the cast compelling and the writing fantastic.

Among the biggest developments this year is the introduction of Soldier Boy (played by Jensen Ackles, who worked with ‘Boys’ co-show-runner Eric Kripke for years on long-running CW series ‘Supernatural’. Though he’s more hinted at initially, this twisted take on Captain America, a man that the country has come to view as a great hero who, when you meet him is certainly no Steve Rogers. He’s a drunken, foul-mouthed man out of time, but fits perfectly into the show and becomes a big plot driver for the season.

This is not a series for the faint of heart, or for anyone who prefers their superheroes squeaky clean. But for those who are willing to engage with it, to go with the (bloody, gross) flow, it remains one of the most entertaining and surprising shows out there.

You can watch 'The Boys' Season 3 trailer by clicking on the video player above.