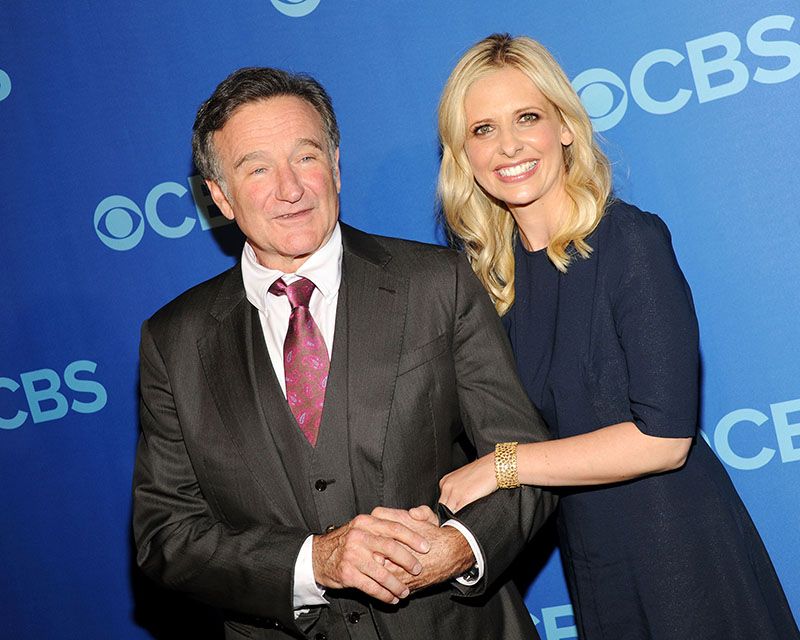 Robin Williams's life was cut short on Aug. 11, 2014 after he committed suicide by hanging, and the outpouring of grief continues for the late star who touched so many through his long career in entertainment.

Among those paying tribute to the "Good Will Hunting" Oscar winner on Tuesday, the first anniversary of his death, is Sarah Michelle Gellar, who played his daughter in CBS' 2013-2014 comedy series "The Crazy Ones."

The 38-year-old posted an image on Instagram of a park bench that was featured in "Good Will Hunting," along with a quote from Ralph Waldo Emerson's "To Laugh Often and Much." At the end of the passage she added: "You succeeded RW."

Also remembering Williams on social media was John Stamos, who tweeted that the actor's autograph was his first. LeAnn Rimes wrote on Instagram that she will "never forget being in his presence and laughing til my face hurt." The country singer added a suicide prevention hotline phone number.

Williams took his life after a longtime battle with depression. He is survived by his three children, including budding actress Zelda Williams.