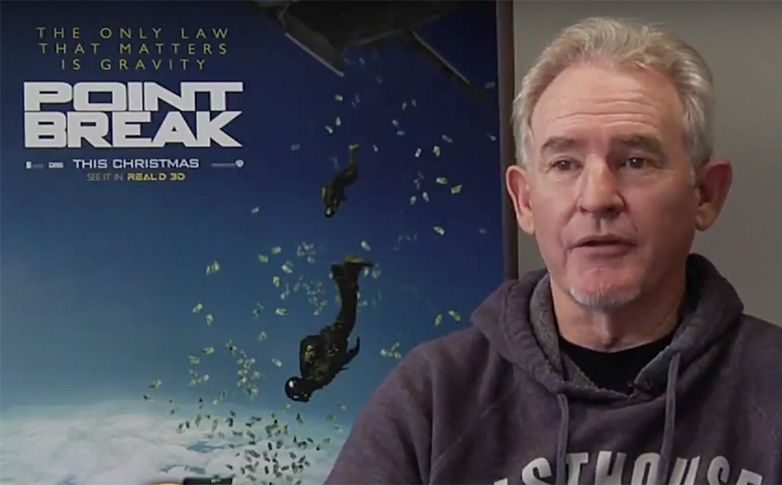 Some people go to a work at sit at a desk. Mic Rodgers goes to work and makes mayhem. "A normal day is turning cars over, lighting people on fire, doing battle sequences," says Rodgers, the second unit director and stunt coordinator on "Point Break." The reboot of the 1991 cult favorite features some of the most outrageous, high-flying stunts ever put on camera. But succeeding in the entertainment business, says Rodgers, requires a more down-to-earth approach. "Be patient and understand that it's a business about relationships," he tells Made in Hollywood: Teed Edition's Kylie Erica Mar. "It's 90 percent of who you know, but that last 10 percent is, oh, so important because you have to perform. Truly, you really have to make relationships, get to know people to give you a chance, and you can't fail on that chance."

A young undercover FBI agent infiltrates a gang of thieves who share a common interest in extreme sports....Read More