What Movies Are Out: The Founder, Split, Live by Night 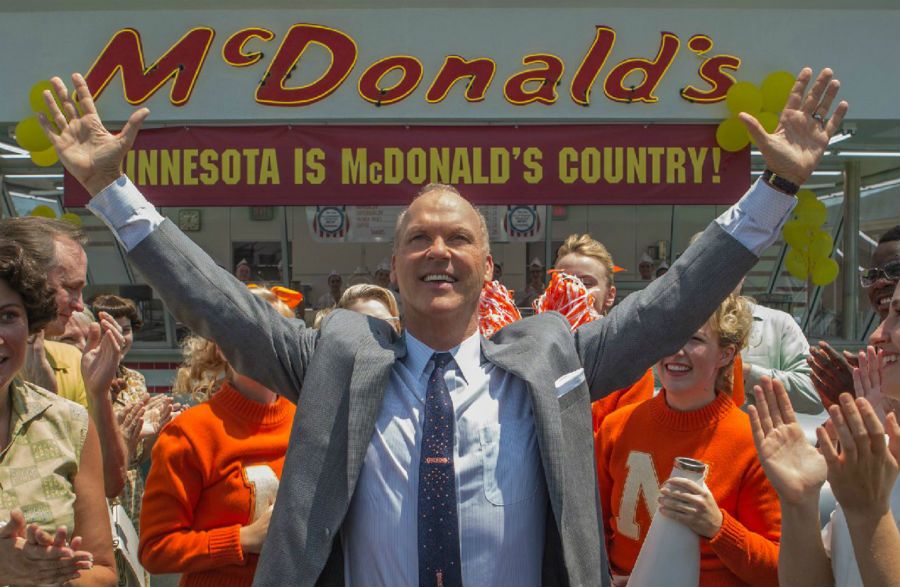 Michael Keaton in The Founder

What Movies Are Out - The Founder, Split, Live by Night

You may have a new appreciation for that Quarter Pounder once you check out "The Founder," the true story of the man who built the McDonald's fast-food empire, and this week's episode of Made in Hollywood has all the behind-the-screen details.

Michael Keaton channels Ray Kroc, who maneuvered himself into a position to buy the 1950s Mac and Dick McDonald restaurant stand to create a billion-dollar company serving up burgers and fries around the world.

"This is a driven visionary, hardworking, ambitious guy who did it on his own," Keaton tells Made in Hollywood reporter Julie Harkness Arnold. "Classic American bootstrap story, right? ... So this is a guy who said, 'I'm going to be something,' and then saw this opportunity."

In "Split," James McAvoy plays an evil kidnapper with at least 23 personalities, including that of a kinky nun in high heels.

"I kept getting told by the women on set that I was wearing very comfortable heels," McAvoy tells reporter Kylie Erica Mar. "And I was just like: You have to be kidding me. These are comfortable? And that did weirdly make playing the character quite difficult."

And the gangster drama "Live by Night" gives a new-look role to Zoe Saldana, shedding her intergalactic action star persona for Graciela, the pure and graceful love interest of Ben Affleck.

"I felt that I needed to play a woman like that to sort of just ground myself," Saldana explains. "I'm on this quest to try to discover just how multi-dimensional we are as women and try to define what strength means to me. The last 10 years strength meant to me that I needed to be physically apt, to jump and do all these like action scenes and stunts. But to play a woman who knows who she is and who has owned her experiences and is on a path of redemption and is going to love the way that she wants to love .. I really surrendered to her strength."