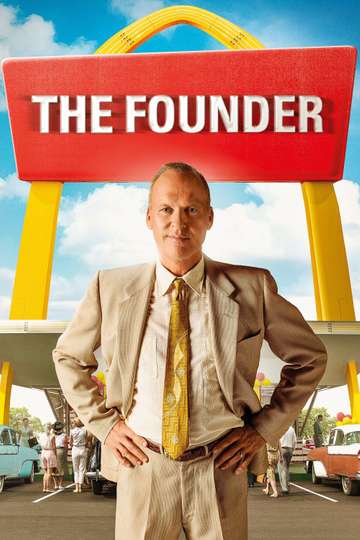 The Founder (2017)Stream and Watch Online

Need to watch 'The Founder' on your TV, phone, or tablet? Finding a streaming service to buy, rent, download, or watch the John Lee Hancock-directed movie via subscription can be challenging, so we here at Moviefone want to do right by you.

Below, you'll find a number of top-tier streaming and cable services - including rental, purchase, and subscription choices - along with the availability of 'The Founder' on each platform when they are available. Now, before we get into the nitty-gritty of how you can watch 'The Founder' right now, here are some specifics about the The Weinstein Company, FilmNation Entertainment, Faliro House Productions, The Combine, Speedie Distribution history flick.

Released January 20th, 2017, 'The Founder' stars Michael Keaton, Nick Offerman, John Carroll Lynch, Linda Cardellini The PG-13 movie has a runtime of about 1 hr 55 min, and received a user score of 71 (out of 100) on TMDb, which collated reviews from 4,171 respected users.

Interested in knowing what the movie's about? Here's the plot: "The true story of how Ray Kroc, a salesman from Illinois, met Mac and Dick McDonald, who were running a burger operation in 1950s Southern California. Kroc was impressed by the brothers’ speedy system of making the food and saw franchise potential. He maneuvered himself into a position to be able to pull the company from the brothers and create a billion-dollar empire."

Patriots Day
"The inside story of the world's greatest manhunt."

Manchester by the Sea

Hidden Figures
"Meet the women you don't know, behind the mission you do."

Hacksaw Ridge
"One of the greatest heroes in American history never fired a bullet."

The Social Network
"You don't get to 500 million friends without making a few enemies."
Moonlight
"This is the story of a lifetime"

The Big Short
"This is a true story."

Florence Foster Jenkins
"People may say I couldn't sing, but no one can say I didn't sing"

Allied
"The enemy is listening."

Collateral Beauty
"We are all connected"
Perfect Strangers
"Everyone has three lives: A public life. A private life... and a secret life."

Sully
"The Untold Story Behind the Miracle on the Hudson."
Silence
"Sometimes silence is the deadliest sound."

Gold
"Prove 'em all wrong"
Jackie
"I want them to see what they have done to Jack."

Live by Night
"Witness the price of the American Dream."

Snowden
"The only safe place is on the run."