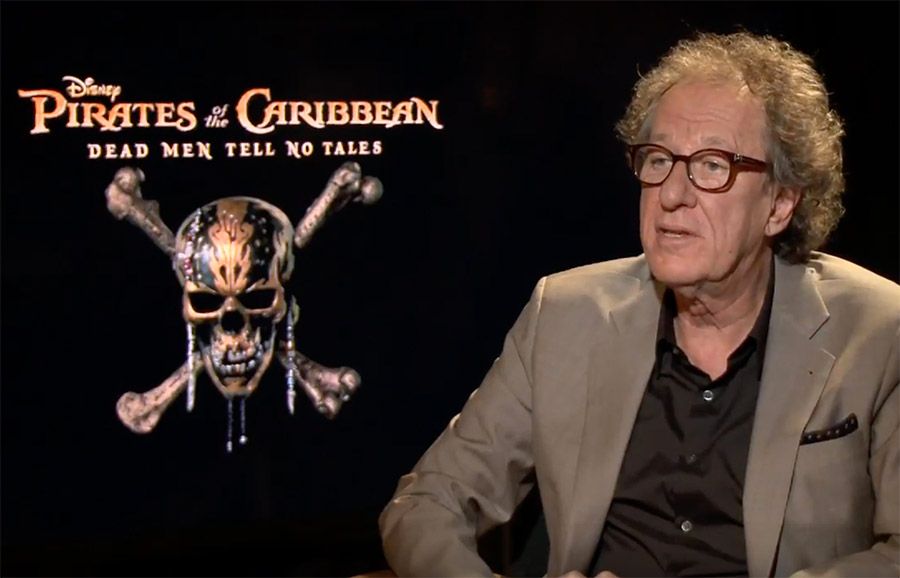 He may be the scourge of the high seas. But say this much about Geoffrey Rush, he's one very conscientious pirate.

As the nastier-than-ever Captain Hector Barbossa in "Pirates of the Caribbean: Dead Men Tell No Tales," the fifth installment of the Johnny Depp-powered blockbuster franchise, Rush gets fan mail from around the world -- and he pours over all of it.

"I write to everyone," the actor tells Made in Hollywood reporter Patrick Stinson. "It's fun. I like looking at the stamps. Some of them they send me photos or drawings or postcards. It's a global lesson."

Over the years, he says, the audience has only grown.

"It used to be, predominately, the fan mail came from young Japanese women and German men. That seemed to be my demographic," he jokes. "And they say nice things and they discover nice little elements that you think, oh, I wonder if that worked for the audience. And you get the feedback and it's great. More recently it's from Russia and Slovenia and China."

"He has a lot of wealth. He's become a corporate CEO pirate," says Rush. "In contemporary terms he'd probably be running some very cheesy reality TV show about being a pirate. With his wealth comes even greater levels of vulgarity."

He also has a new frenemy in Javier Bardem's odious Captain Salazar, a villain so rotten that he's rotting, his advanced state of decomposition created on with makeup and computer effects with such realism his costars cringe.

"What does this guy smell like? He's been rotting under the sea for 25 years," says Rush. "He's like a prawn that's been left out in the sun for too long. And that became a really nice thing to have to negotiate. He's not somebody I would really want to deal with but I have to otherwise he would kill me."