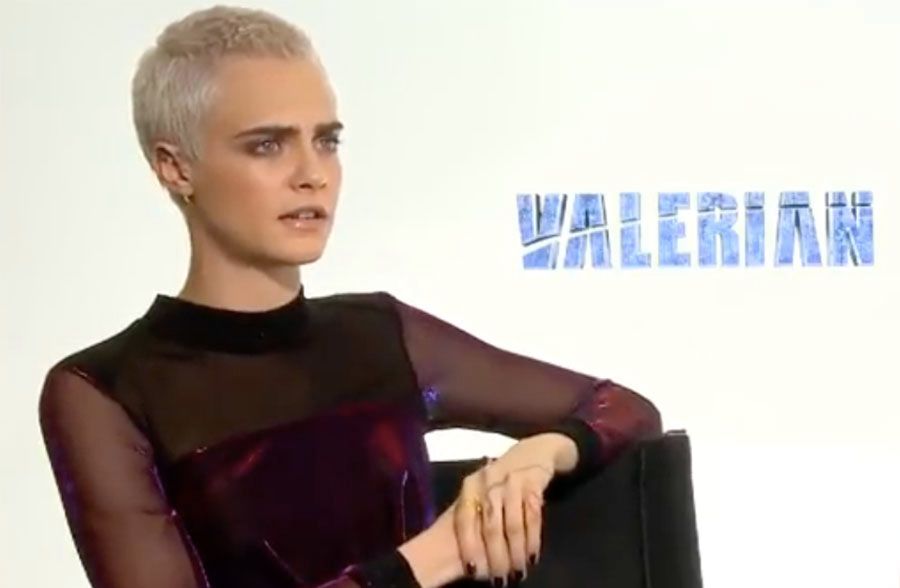 A fashion model as well as an actress, Cara Delevingne not only fights to save the universe in Luc Besson's sci-fi comic book adaptation "Valerian," but she does it with a strong sense of style.

"Luc has the most incredible eye for style," she tells Made in Hollywood reporter Kylie Erica Mar. "Every single one of his movies are incredibly stylized. His taste, his fashion sense is amazing. He always has such an amazing vision of these characters so you can tell he's such a visual person."

But in creating the costumes for this action-packed epic, the director carefully balanced design with utility.

"They took a lot of time and effort to make them as comfortable as we could," says costar Dane DeHaan. "We had a lot of fittings in those space suits where we could say, 'Hey, this feels a little weird, could you change this?' They really tailored them to us so we would be able to do all of the physical action and it would be comfortable."

Which was important, since both actors handled much of the action themselves as their characters Laureline and Valerian race against time to battle the dark forces threatening the peaceful metropolis of Alpha.

"The biggest challenge was the physical challenge of it," adds DeHaan. "The preparation of just getting into shape. Starting my days every day in the gym, not only to be physically ready but to also get into that Valerian mindset. Valerian never gets tired. That's a big part of who he is as a person. That's what I was going for."

And they did nearly all of it against a blue screen, with the special effects and other visuals added in later using CGI.

"It was all about using our imaginations and relying on Luc's vision," says DeHaan. "Luc's wanted to make this movie his entire life. And so it's so fully realized in his mind and he knows every detail and every character and all the worlds so well. So we relied on him. And I was along for the ride."