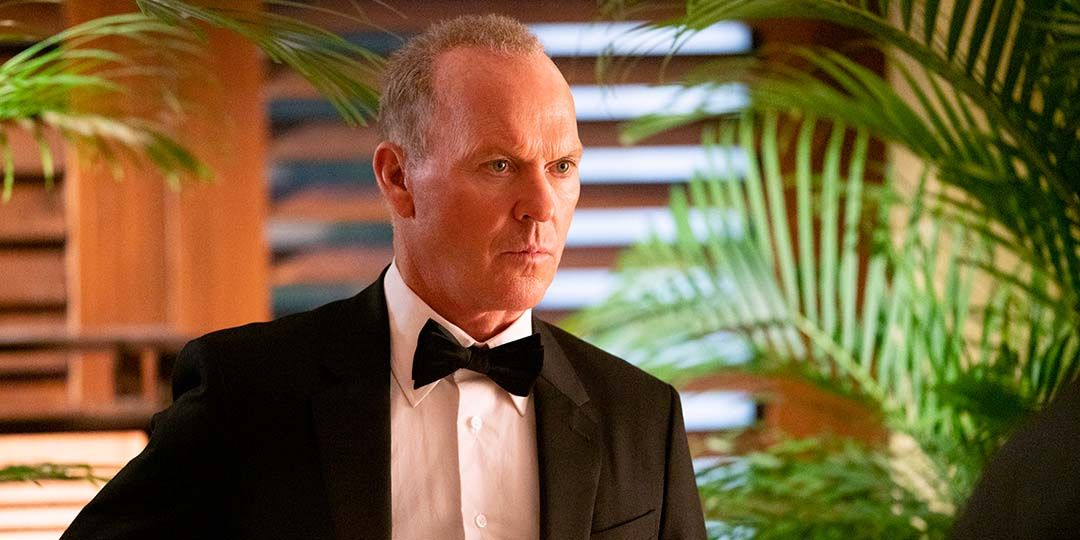 Few actors have managed to have had a career to match Michael Keaton. The 69-year-old Oscar-nominated actor seems to have found a second act to his career, reinforcing his worldwide renown. 'Batman,' 'Beetlejuice,' and 'Birdman' are just some of the movies that have proved to be an essential reason for his global recognition.

With his latest film 'The Protégé' now in theaters, it's a good time to look at his ten best movies.

At number 10 we have 'Cars' (2006), the animated comedy produced by Pixar Animation. Keaton lends his voice to Chick Hicks, a rival of the movie's hero, Lightning McQueen.

At number 9 comes 'The Founder' (2016). Based on real-life events, 'The Founder' tells the captivating tale of the inception of McDonald’s. In this movie, Keaton plays the role of the unexpectedly cunning Ray Kroc. The film follows Kroc as he buys a local burger spot from two brothers and turns it into the multi-billion dollar enterprise we know today.

On number 8 is 'Much Ado About Nothing' (1993), an adaptation of Shakespeare's comedy. Keaton plays the comically bumbling contable, Dogberry, and although it's not a lead part, the role brings more than a few laughs to the movie.

At number 7 we have a blockbuster superhero movie. Don’t worry; it’s not 'Batman' (spoiler: that comes later in the list). In a somewhat surprising heel turn, Keaton played The Vulture, a classic super villain and regular foe of Spidey.  This 'Spider-Man' movie has maybe the most believable high-school age Peter Parker in Tom Holland, and seeing him go head-to-head with Keaton's Vulture is that much more dramatic.

Jackie Brown
"Six players on the trail of a half million in cash. There's only one question... Who's playing who?"
73
R2 hr 34 minDec 8th, 1997
Watch Jackie Brown Online

'Jackie Brown' (1997), a crime movie about a flight attendant who is caught smuggling gun money and now has to choose between busting her boss or going to jail, is 6th on the list. Here, Keaton plays the role of ATF agent Ray Nicolette (the same role he played in 'Out of Sight'). Keaton's scenes with Pam Grier crackle, even though Grier's Jackie is far, far smarter than Ray. .

On number 5, we have the most-awaited and well-recognized movie of all time, 'Batman' (1989).  Some may remember that Keaton was not the obvious choice as the Caped Crusader, but decades later, his performance still casts a long shadow over the role.

On number 4 is 'Beetlejuice' (1988), the classic and ghoulish comedy from director Tim Burton. When the recently deceased Maitlands try and rid their home of the pesky new family, they turn to the ghost with the most - Beetlejuice. Keaton swings for the fences here, making Beetlejuice manic, macabre, menacing, and moronic, sometimes all at the same time.

At number 3, we have 'Birdman' (2014),  a story about an actor trying to leave behind the superhero role he's famous for so that he can be taken seriously as an artist.  Keaton's casting is almost too on the nose here, but it's a stunning performance about an artist that might just be going over the edge.

Moving to number 2 on the list, we have 'Spotlight' (2015). This Best Picture winner is based on true story, and sees Keaton as Walter Robinson, the head of the Boston Globe's "Spotlight" team.   As the team investigates some unusual reassignments of local Catholic clergy, they discover that the church has been covering up sexual abuse for years, and resulting scandal the story brings to light rocks the church.

Last but not the least, on number 1, we have 'Toy Story 3' (2009). It's amazing to think that Pixar continued to make great 'Toy Story' movies, but here we are. The third act of this film is emotionally devastating, so get the tissue ready. Keaton lends his voice to Ken (of Barbie fame), who may be a little too happy to be a toy.  Ken gets some of the funniest jokes in the movie, and Keaton's delivery is as perfect as Ken's hair.
michael keaton
Movies