The board will decide the next steps to take in the wake of the slap, even given his resignation from the Academy. 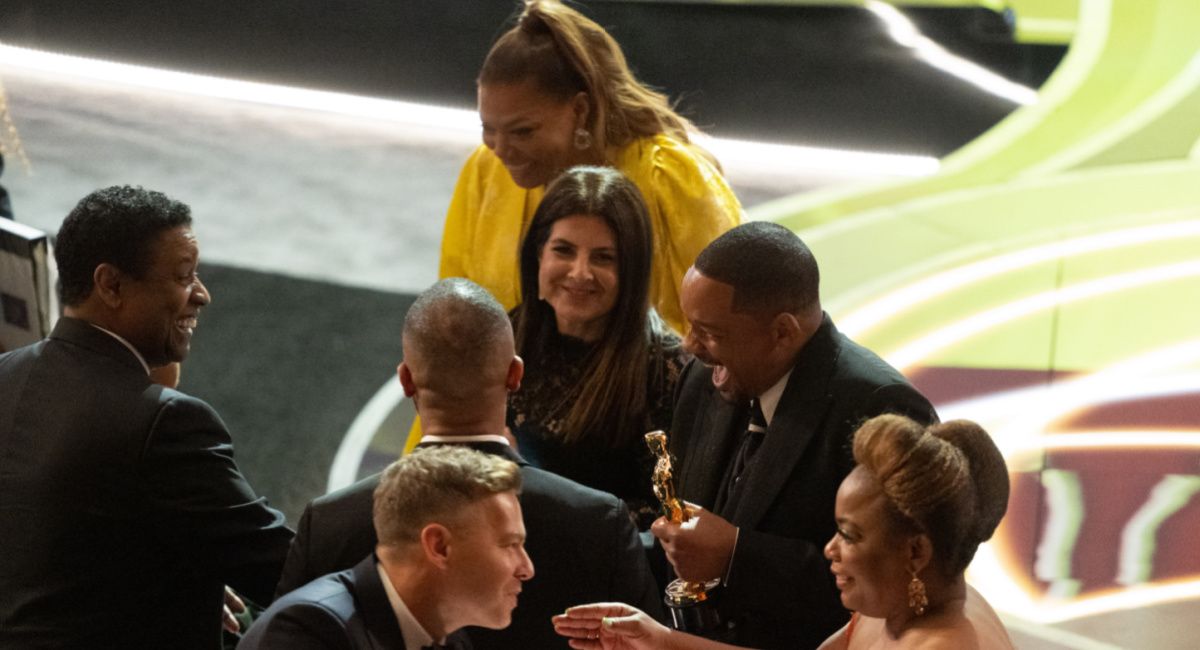 Will Smith reacts to winning the Oscar® for Actor in a Leading Role during the live ABC telecast of the 94th Oscars® at the Dolby Theatre at Ovation Hollywood in Los Angeles, CA, on Sunday, March 27, 2022. Photo Credit: Kyusung Gong / A.M.P.A.S.

If Will Smith thought that resigning from the Academy of Motion Picture Arts and Sciences following the fallout of his slapping incident at the Oscars might avoid any consequences from that organization’s board, he’ll have to think again.

The Academy Board has decided to move up its disciplinary hearing from the originally planned April 18 to this Friday, April 8. That’s because since Smith resigned, the board is no longer required to give him advanced notice of the meeting, nor wait for him to provide a statement about his actions five days before such a meeting.

Here's the message sent to the Governors by Academy president David Rubin, as acquired by Variety.

I am calling a board meeting for this Friday morning, April 8, at 9:00 am PT, rather than the previously scheduled April 18 meeting, to address possible sanctions for Will Smith in response to his actions during the Oscars broadcast on March 27.

The April 18 date was set in accordance with California law and our Standards of Conduct because our agenda included possible suspension or expulsion of Mr. Smith from membership. We were required to provide Mr. Smith notice 15 days prior to the board meeting at which such action might be taken, and also give him the opportunity to provide the board a written statement no less than five days prior to that meeting.

Following Mr. Smith’s resignation of his Academy membership on Friday, April 1, suspension or expulsion are no longer a possibility and the legally prescribed timetable no longer applies.

It is in the best interest of all involved for this to be handled in a timely fashion.”

Will Smith accepts the Oscar® for Actor in a Leading Role during the live ABC telecast of the 94th Oscars® at the Dolby Theatre at Ovation Hollywood in Los Angeles, CA, on Sunday, March 27, 2022. Photo Credit: Kyusung Gong / A.M.P.A.S.

As mentioned by the letter, since Smith is no longer part of the Academy, it can’t suspend or expel him. Still, there may well be further consequences, including an indefinite exclusion from future Oscar events, and even – though highly unlikely at this point – a demand he returns his Best Actor Oscar for ‘King Richard’.

For the three people who aren’t yet aware of the trigger point for all of this, Smith took to the Oscars stage on March 27th after Best Documentary award presenter Chris Rock made jokes about the actor’s wife, Jada Pinkett Smith that referenced her shaved head. Pinkett Smith has alopecia and Smith, clearly unamused by the jokes, confronted Rock, slapped him and then returned to his seat, shouting, “Keep my wife’s name out of your [expletive] mouth."

Minutes later, however, Smith was back on stage, tearfully accepted his Oscar and apologizing to the Academy and other nominees, though without mentioning Rock. He’s since put out a statement on Instagram mentioning the comedian and past Oscar host.

And we’re also waiting to see whether Smith’s acting union, SAG-AFTRA makes its own decisions about disciplinary action.

Beyond that, studios and production companies are currently backing away from projects that involve the actor – while Apple is likely to still release the movie ‘Emancipation’ in which he stars, Sony is considering whether to go ahead with a fourth ‘Bad Boys’ movie and Netflix has shoved an in-development movie called ‘Fast and Loose’ to the backburner.

Though it’s probable that the heat will cool on the incident, the ramifications will continue for the foreseeable future.

Denzel Washington and Will Smith during the live ABC telecast of the 94th Oscars® at the Dolby Theatre at Ovation Hollywood in Los Angeles, CA, on Sunday, March 27, 2022. Photo Credit: Kyusung Gong / A.M.P.A.S.