The ‘Ender’s Game’ actor discuss his role as Kareem, a member of the Red Daggers, on Marvel Studios’ Disney+ series ‘Ms. Marvel.’

Currently running on Disney+ is the six-episode MCU series ‘Ms. Marvel,’ which is based on the popular Marvel comics character of the same name and will air its finale on July 13th.

The series has introduced audiences to Kamala Khan (Iman Vellani), a 16-year-old Pakistani-American who is obsessed with Captain Marvel and eventually gains the ability to harness cosmic energy and create constructs with her magical bangle, making her a superhero too.

In episode 4, which was directed by Sharmeen Obaid-Chinoy, Kamala meets the Red Daggers, a group of vigilantes who wear red bandanas and wield throwing knives. She soon joins forces with Red Dagger member Kareem (Knight), as well as the group’s leader Waleed (Akhtar), who wants to help her stop the Clandestines before they destroy the world.

Moviefone recently had a chance to speak with actor Aramis Knight about his work on ‘Ms. Marvel.’ 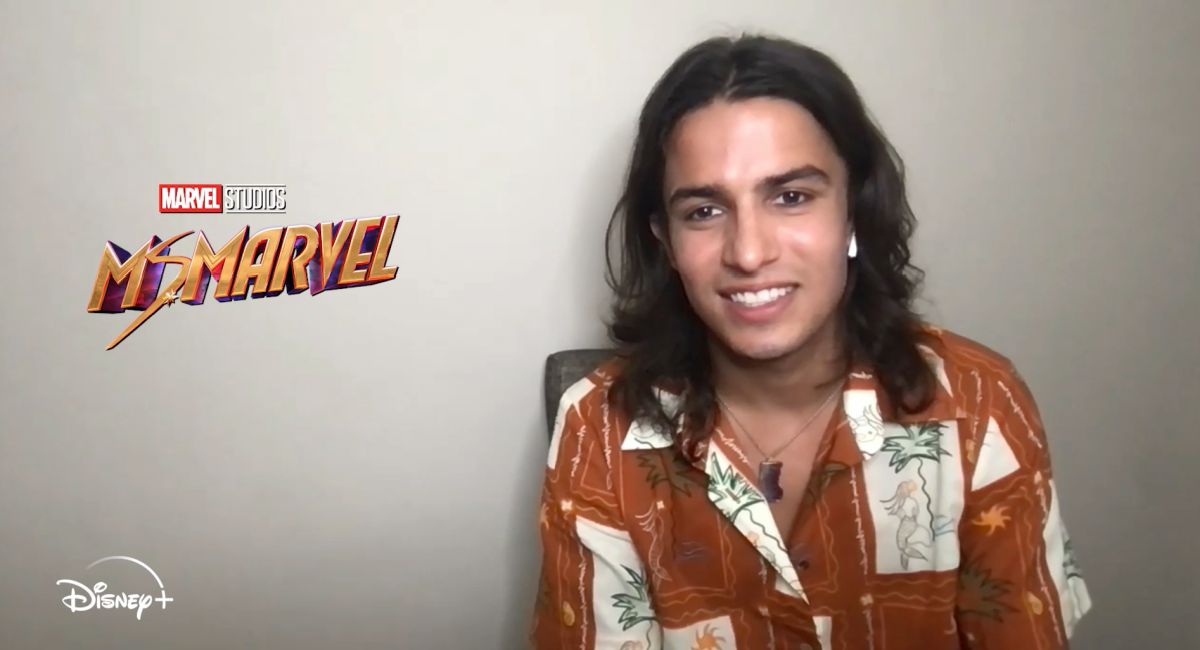 You can read our full interview with Aramis Knight below or click on the video player above to watch our interviews with Knight, Farhan Akhtar, and episode 4 and 5 director Sharmeen Obaid-Chinoy.

Moviefone: To begin with, as an actor, what has it been like for you joining the Marvel Cinematic Universe and is it nice being on a series that is as much about family and culture as it is about superheroes?

Aramis Knight: First off, it’s a dream come true to be a part of the MCU. It's every little boy's dream and every actor's dream to be able to be a part of a franchise that's so big. But even more than that, the people at Marvel are really good people from the top to the bottom. Everyone has been so warm, kind and welcoming to us.

I also think being someone who grew up in the industry, I started at five years old, I'm very well aware of whitewashing in the industry. Up until Kareem, I had never played somebody who has the same descent as me, which is pretty crazy. I always played Hispanic or something that I'm not. So, to be able to represent for my culture, to be able to honor my grandmother … my family back home is ecstatic about me being a part of this show. It's really special to be able to take that next step in my career, as well as do something completely new.

MF: Can you talk about Kareem and his involvement in the Red Daggers?

AK: Kareem is a vigilante crime fighter, born and raised in Karachi, Pakistan. He's dedicated his life to the Red Daggers. Waleed is his mentor. We've spent hundreds of years as an organization studying the Djinn realm and the Clandestines. We really hold a lot of the answers that Kamala needs.

I think it's also super interesting to see the dynamic between a superhero who has trained his whole entire life and is seemingly powerless and has to train to be able to keep up with other people with powers, compared to a girl who was a normal girl just a week before until she finds this bangle that completely changes her life. So, it creates really interesting dynamics. I was really excited to be able to play this hero who kind of knows so much.

MF: Finally, can you talk about the relationship between Kamala and Kareem, and what it was like for you working with Iman Vellani?

AK: So, Kareem is a great ally to Kamala. They become very good friends, but even more than that, I think he's somewhat a mentor to her just based on the fact that he's been in it for so long and she's so new to it.

Iman and I off screen became really good friends. We lived right next to each other in Thailand, literally next door to one another. So, we would hang out pretty much every day on set and after. It was like having a really amazing friend there, who was a confidante, and someone to talk to if you're having a bad day that can cheer you up. I think that really translated to the characters as well. Iman and I were super close offset. So, going onset, it was really just like bridging the gap between Kareem and Kamala, and Aramis and Iman.