The ‘Bad Boys for Life’ filmmakers discuss directing and executive producing Marvel Studios latest Disney+ series based on one of their popular comic book characters. 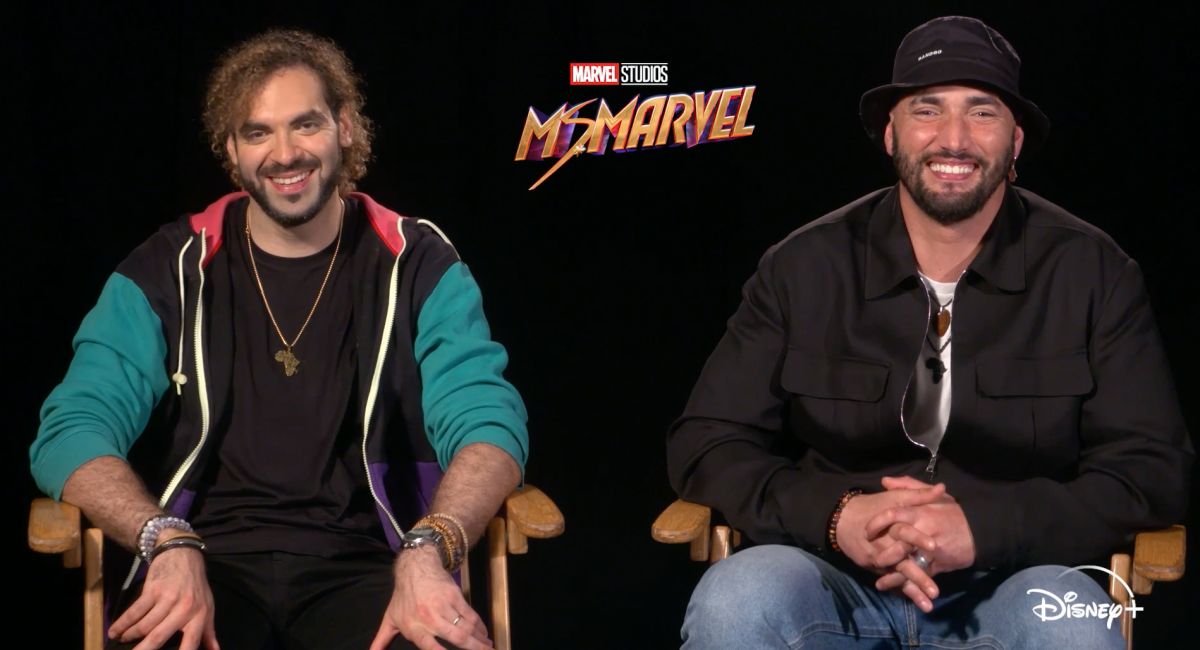 Premiering on Disney+ beginning June 8th is the six-episode series ‘Ms. Marvel,’ which is based on the popular Marvel comics character of the same name.

The series introduces audiences to Kamala Khan (Iman Vellani), a 16-year-old Pakistani-American who is obsessed with Captain Marvel and eventually gains the ability to harness cosmic energy and create constructs with her magical bangle, making her a superhero too.

Moviefone recently had a chance to speak with directors and executive producers Adil El Arbi and Bilall Fallah about their work on ‘Ms. Marvel.’

You can read our full interview with Adil El Arbi and Bilall Fallah below or click on the video player above to watch our interviews with Arbi and Fallah, and writer and executive producer Bisha K. Ali, as well as actors Mat Lintz, Yasmeen Fletcher, Rish Shah, Zenobia Shroff, Mohan Kapur, and Saagar Shaikh.

Moviefone: To begin with, Adil can you talk about the challenges of directing the first and final episodes of this series and handing off the middle episodes to other directors? Did you work with the other filmmakers to keep continuity between the episodes?

Adil El Arbi: Yeah. The challenge is always when you have the power to establish the character and describe somebody that everybody will love, but also deciding really what the visual style is going to be. That's why we came upT with that animation. It was not in the script, but we wanted to find a way to convey her dream world and fantasy world in those sequences.

That's why we tried to convince Kevin Feige to allow us to do that, because it's different from the other MCU shows. Surprisingly, he let us do that. He said, "As long as it's true to the character and the story, go for it." Inspired by ‘Into the Spider-Verse,’ we tried to do a live action version of that. That's why you get this animation sequence in the beginning. When she text messages, you see the environment, and that mirrors on the wall.

Then when we talked with the other directors, Meera Menon and Sharmeen Obaid-Chinoy, we showed them the pilots. We said, "That's the blueprint. We love sweeping camera moves. We love fast-paced cutting. We love music, all the vibrant stuff. Go loco with that and find your own moments of creativity." It was a great freedom.

That's why in episode two you have the romantic music sequence, and that's because of Kamala. As it goes further, it's a very consistent style, and it becomes cooler and cooler. Then we hope that we have a nice bookend at the end. It's hopefully a great satisfying finale.

MF: Bilall, can you talk about the choice to change Kamala’s powers from the comics and rooting them in her family’s history and culture?

Bilall Fallah: So, Kevin Feige wanted to adapt the comic book, and not really make a literal translation. So, when we came on the project, it was written as hard light. At the same time, it was like, oh, it has to be as cool as it was in the comic book, but at the same time it was super exciting to create something new.

Then with our whole production team, we were thinking, how can we make this power really exceptional? We came back to the comic books and tried to capture that spirit. So that's why you still have the big hand, or that she cannot control her power.

So, she has to still be that teenager with a changing body that was in the comic book, which was really also important to have in the powers that we see on the show. I think if you go further in the show, the powers will get really close to who Ms. Marvel is going to be. So, it's going to be exciting to see.

AEA: Maybe there's a variant in the multiverse of Kamala Khan who has exactly the same powers as in the comic book. Everything's possible now!

MF: Finally, why was Iman Vellani the right young actress to embody this beloved character and bring her to life on screen?

AEA: Well, Iman Vellani's life is really Kamala Khan, there's a real parallel story of her journey that's the same as Kamala Khan. Iman is this Canadian, Pakistani Muslim girl that is the biggest fan of the MCU. She looks up to Marvel. Kevin Feige is her idol. ‘Iron Man’ is her all-time favorite movie. She never thought that one day she would be part of the MCU. All of a sudden, she's there, an actress, playing a main character, playing a superhero!

That's the same as Kamala Khan who aspired to become a superhero. She was looking up to Captain Marvel and the Avengers, but not believing that one day she would be part of their team. All of a sudden, it happens. You really have that parallel journey of Iman Vellani and Kamala Khan. She brought so much of her own personality. She's also a filmmaker. She's so smart. She knows so much about movies that she really became the heart and soul of the whole show. She was born to play this character.