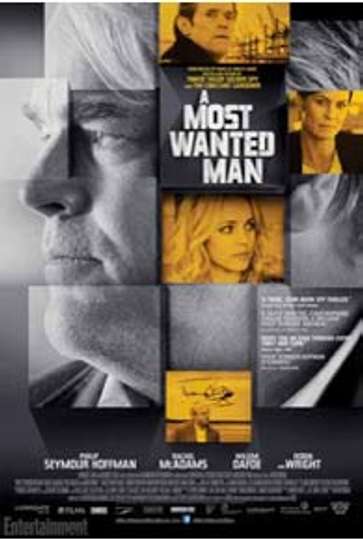 A Most Wanted Man (2014)Stream and Watch Online

Want to watch 'A Most Wanted Man' on your TV or mobile device at home? Tracking down a streaming service to buy, rent, download, or watch the Anton Corbijn-directed movie via subscription can be a huge pain, so we here at Moviefone want to do the heavy lifting.

Read on for a listing of streaming and cable services - including rental, purchase, and subscription options - along with the availability of 'A Most Wanted Man' on each platform when they are available. Now, before we get into the fundamentals of how you can watch 'A Most Wanted Man' right now, here are some particulars about the Senator Film, Potboiler Productions, Lionsgate, Film4 Productions, FilmNation Entertainment, Demarest Films, The Ink Factory, Amusement Park Films thriller flick.

Released July 25th, 2014, 'A Most Wanted Man' stars Philip Seymour Hoffman, Willem Dafoe, Robin Wright, Rachel McAdams The R movie has a runtime of about 2 hr 1 min, and received a user score of 65 (out of 100) on TMDb, which compiled reviews from 1,150 top users.

You probably already know what the movie's about, but just in case... Here's the plot: "A Chechen Muslim illegally immigrates to Hamburg and becomes a person of interest for a covert government team which tracks the movements of potential terrorists."

'A Most Wanted Man' Release Dates

The Signal
"R U Agitated?"

A Most Violent Year
"The result is never in question. Just the path you take to get there."

The Two Faces of January
"A Mysterious Past. An Unspeakable Secret."

The Company You Keep
"The greatest manhunt in history."

A Walk Among the Tombstones
"Some people are afraid of all the wrong things"
Maps to the Stars
"Eventually stars burn out."

The Skeleton Twins
"Family is a cruel joke."

The Judge
"Defend your Honor."

The November Man
"A spy is never out of the game."

Calvary
"Killing a priest on a Sunday. That’ll be a good one."

Tinker Tailor Soldier Spy
"How do you find an enemy who is hidden right before your eyes?"
Jersey Boys