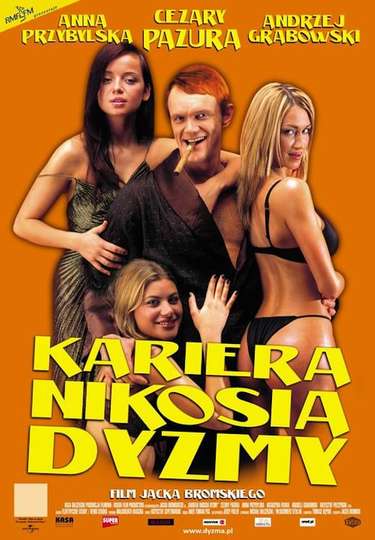 The Career of Nikos Dyzma

TMDb Score
66
NR 1 hr 50 minComedy
Nikos is a master of funeral ceremonies (that's undertaker to you and me) who doesn't expect much from life. After drunkenly insulting a diplomat at a party, weird things begin to happen for Nikos. The news that a mysterious stranger offended the hated Deputy Prime Minister galvanizes the political elite assembled at the banquet, and a rumor that Nikos can take care of anything spreads like wildfire, making him an idol of the masses.
Show More
DirectorJacek Bromski
StarringCezary PazuraAnna PrzybylskaAndrzej Grabowski
Movie DetailsWhere to WatchFull Cast & Crew

Shrek 2
Shrek, Fiona and Donkey set off to Far, Far Away to meet Fiona's mothe...

Notting Hill
William Thacker is a London bookstore owner whose humdrum existence is...

Killer
An innocent cab driver is mistaken for a contract killer and imprisone...

Ice Age: The Meltdown
Diego, Manny and Sid return in this sequel to the hit animated movie I...