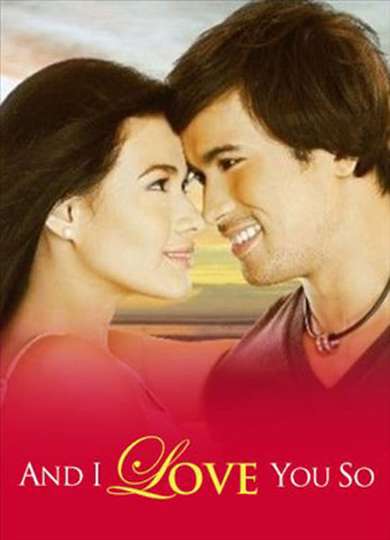 And I Love You SoStream and Watch Online

Want to watch 'And I Love You So' on your TV, phone, or tablet? Hunting down a streaming service to buy, rent, download, or view the Laurenti Dyogi-directed movie via subscription can be confusing, so we here at Moviefone want to take the pressure off.

Below, you'll find a number of top-tier streaming and cable services - including rental, purchase, and subscription options - along with the availability of 'And I Love You So' on each platform when they are available. Now, before we get into all the details of how you can watch 'And I Love You So' right now, here are some details about the Star Cinema â€“ ABS-CBN Film Productions drama flick.

Released , 'And I Love You So' stars Bea Alonzo, Sam Milby, Derek Ramsay, Nikki Gil The movie has a runtime of about 2 hr, and received a user score of (out of 100) on TMDb, which put together reviews from well-known users.

Curious to know what the movie's about? Here's the plot: "When Lara lost her husband of five months, she didn't think she could go on living, much less love again. Now, seven months later, Lara is still in mourning. Every time a loved one died, someone else was there to cushion the blow. When her mother followed six years later, there was the rest of the family. But when her husband died, no one could offer any consolation - not her siblings, not her in-laws, not her friends. Not only was he the love of her life, he had also become her life. It would have been better if she died with him. In the meantime, her business -has taken a nosedive. She's also deep in debt with her unpaid condo and car mortgages. With all her predicament, how would Oliver and Chris figure in her life? Will she finally move on?"

'And I Love You So' is currently available to rent, purchase, or stream via subscription on Amazon Video, .