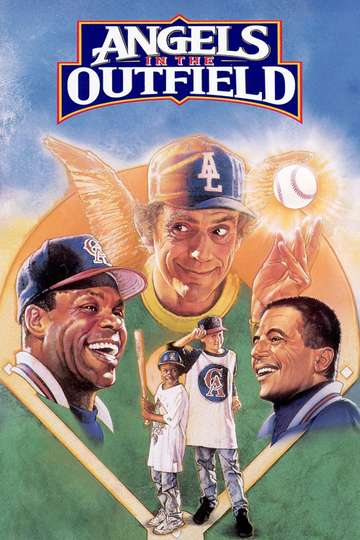 Angels in the Outfield (1994)Stream and Watch Online

Fancy watching 'Angels in the Outfield' in the comfort of your own home? Hunting down a streaming service to buy, rent, download, or watch the William Dear-directed movie via subscription can be difficult, so we here at Moviefone want to help you out.

We've listed a number of streaming and cable services - including rental, purchase, and subscription choices - along with the availability of 'Angels in the Outfield' on each platform when they are available. Now, before we get into all the details of how you can watch 'Angels in the Outfield' right now, here are some finer points about the Walt Disney Pictures, Caravan Pictures comedy flick.

Released July 15th, 1994, 'Angels in the Outfield' stars Danny Glover, Brenda Fricker, Joseph Gordon-Levitt, Christopher Lloyd The PG movie has a runtime of about 1 hr 42 min, and received a user score of 60 (out of 100) on TMDb, which assembled reviews from 365 experienced users.

What, so now you want to know what the movie's about? Here's the plot: "Roger is a foster child whose irresponsible father promises to get his act together when Roger's favourite baseball team, the California Angels, wins the pennant. The problem is that the Angels are in last place, so Roger prays for help to turn the team around. Sure enough, his prayers are answered in the form of angel Al."

'Angels in the Outfield' is currently available to rent, purchase, or stream via subscription on DIRECTV, .

'Angels in the Outfield' Release Dates

The Santa Clause 2
"What's Christmas Fun without some Reindeer Games?"
Air Force One
"Five miles up, The President of the United States is waging war on terrorism. Face to face."
102 Dalmatians
"Meet Two Unlikely Heroes With A Bone To Pick."
Inspector Gadget
"The greatest hero ever assembled."
George of the Jungle
"Watch out!"
My Boyfriend's Back
"A comedy that proves true love never dies."
The Santa Clause
"What if your dad was Santa Claus?"
A Nice Girl Like You
"Naughty can be nice"
Amistad
"Freedom is not given. It is our right at birth. But there are some moments when it must be taken."

Holes
"Some secrets are too big to keep hidden."
Dazed and Confused
"See it with a bud."
Lone Star
"John Sayles invites you to return to the scene of the crime."
Cool Runnings
"One dream. Four Jamaicans. Twenty below zero."

Kicking & Screaming
"One man could lead this team to glory... That man was busy."
Airheads
"The amps are on but nobody's home."
Executive Decision
"Fasten your seat belts"
An American Tail
"Meet Fievel. In his search to find his family, he discovered America."
Get Him to the Greek
"Aaron Green has 72 hours to get a Rock Star from London to L.A. Pray for him."
Dennis the Menace
"He's armed... He's adorable... And he's out of school for the entire summer."
Agent Cody Banks
"Save the world. Get the girl. Pass math."