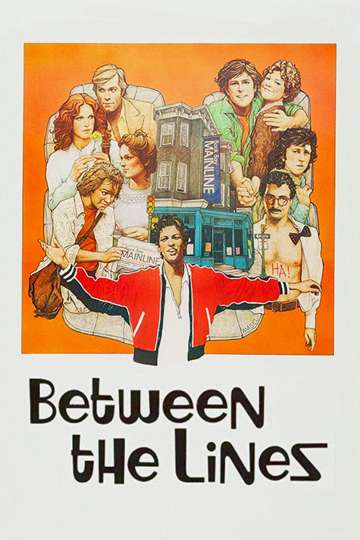 Between the Lines (1977)Stream and Watch Online

Yearning to watch 'Between the Lines' on your TV, phone, or tablet? Finding a streaming service to buy, rent, download, or watch the Joan Micklin Silver-directed movie via subscription can be a challenge, so we here at Moviefone want to do right by you.

Read on for a listing of streaming and cable services - including rental, purchase, and subscription options - along with the availability of 'Between the Lines' on each platform. Now, before we get into the various whats and wheres of how you can watch 'Between the Lines' right now, here are some particulars about the Midwest Films drama flick.

Released April 27th, 1977, 'Between the Lines' stars John Heard, Lindsay Crouse, Jeff Goldblum, Jill Eikenberry The movie has a runtime of about 1 hr 41 min, and received a user score of 59 (out of 100) on TMDb, which collated reviews from 7 respected users.

What, so now you want to know what the movie’s about? Here's the plot: "The staff of the Back Bay Mainline, a Boston underground newspaper that rose to prominence in the 1960s, struggles with the shifting social climate of the '70s amid rumors that the paper is about to be sold to a media giant."