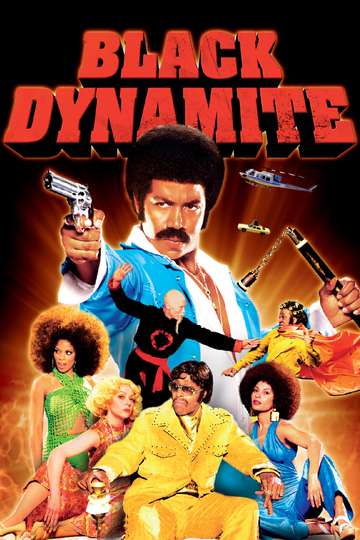 Fancy watching 'Black Dynamite' on your TV, phone, or tablet? Tracking down a streaming service to buy, rent, download, or view the Scott Sanders-directed movie via subscription can be challenging, so we here at Moviefone want to do the work for you.

Below, you'll find a number of top-tier streaming and cable services - including rental, purchase, and subscription alternatives - along with the availability of 'Black Dynamite' on each platform when they are available. Now, before we get into the nitty-gritty of how you can watch 'Black Dynamite' right now, here are some finer points about the Destination Films, Six Point Harness, Ars Nova, Goliath Entertainment comedy flick.

Released October 16th, 2009, 'Black Dynamite' stars Michael Jai White, Arsenio Hall, Tommy Davidson, Kevin Chapman The R movie has a runtime of about 1 hr 25 min, and received a user score of 72 (out of 100) on TMDb, which collated reviews from 478 experienced users.

What, so now you want to know what the movie's about? Here's the plot: "This is the story of 1970s African-American action legend Black Dynamite. The Man killed his brother, pumped heroin into local orphanages, and flooded the ghetto with adulterated malt liquor. Black Dynamite was the one hero willing to fight The Man all the way from the blood-soaked city streets to the hallowed halls of the Honky House..."

Climax
"Birth and death are extraordinary experiences. Life is a fleeting pleasure."

The Town
"Welcome to the bank robbery capital of America."
Seven Samurai
"The Mighty Warriors Who Became the Seven National Heroes of a Small Town"

The Raid 2
"It's not over yet."
Fright Night
"You can't run from evil when it lives next door"
Tucker and Dale vs. Evil
"Evil just messed with the wrong hillbillies."
Adaptation.
"From the creator of Being John Malkovich, comes the story about the creator of Being John Malkovich."
In Bruges
"Shoot first. Sightsee later."
Serial (Bad) Weddings 3
"Just when you thought you already knew the whole family"
The Green Hornet
"Breaking the Law to Protect It."

Planet Terror
"Humanity's last hope… rests on a high power machine gun!"
Brazil
"It's only a state of mind."
See No Evil, Hear No Evil
"MURDER! The blind guy couldn't see it. The deaf guy couldn't hear it. Now they're both wanted for it."
Halloween 4: The Return of Michael Myers
"Horror has returned to Haddonfield."
The Thing
"Man is The Warmest Place to Hide."
Machete
"He was given an offer he couldn't refuse..."