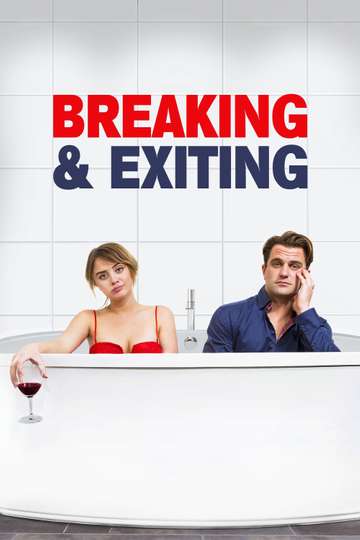 Fancy watching 'Breaking & Exiting' on your TV or mobile device at home? Hunting down a streaming service to buy, rent, download, or view the Peter Facinelli-directed movie via subscription can be a huge pain, so we here at Moviefone want to take the pressure off.

We've listed a number of streaming and cable services - including rental, purchase, and subscription options - along with the availability of 'Breaking & Exiting' on each platform when they are available. Now, before we get into the various whats and wheres of how you can watch 'Breaking & Exiting' right now, here are some finer points about the Kali Pictures romance flick.

Released August 17th, 2018, 'Breaking & Exiting' stars Milo Gibson, Jordan Danger, Adam Huber, Joaquim de Almeida The movie has a runtime of about 1 hr 18 min, and received a user score of 63 (out of 100) on TMDb, which compiled reviews from 81 respected users.

Interested in knowing what the movie's about? Here's the plot: "Harry, a charming house thief, gets more than he bargains for during an attempted burglary when he stumbles upon Daisy and decides to save her from herself, sending both of them into a darkly comedic journey of self discovery and love."

3096 Days
"The story of Natasha Kampusch"

Scent of a Woman
"Col. Frank Slade has a very special plan for the weekend!"
I'm Staying
Salò, or the 120 Days of Sodom
"The final vision of a controversial filmmaker."

Call Me by Your Name
"Is it better to speak or die?"
Angel
"He's invisisible, she's blind, they love each other..."

Happy Death Day
"Get up. Live your day. Get killed. Again."

Hacksaw Ridge
"One of the greatest heroes in American history never fired a bullet."

Inside Out
"Meet the little voices inside your head."

Forrest Gump
"The world will never be the same once you've seen it through the eyes of Forrest Gump."
The Lives of Others
"Before the Fall of the Berlin Wall, East Germany's Secret Police Listened to Your Secrets."

A Quiet Place
"If they hear you, they hunt you."

The Great Gatsby
"Reserving judgments is a matter of infinite hope... I come to the admission that it has a limit."

Venom
"The world has enough Superheroes."

Archive
"Death is not the end"