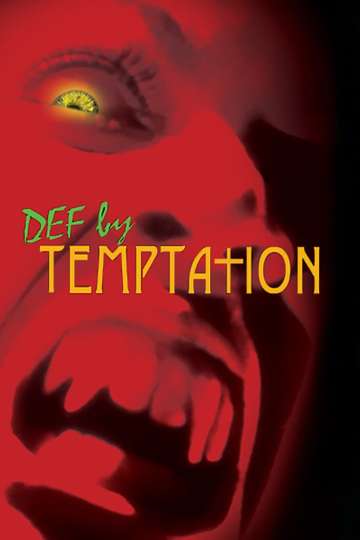 Need to watch 'Def by Temptation' in the comfort of your own home? Discovering a streaming service to buy, rent, download, or watch the James Bond III-directed movie via subscription can be a challenge, so we here at Moviefone want to help you out.

We've listed a number of streaming and cable services - including rental, purchase, and subscription choices - along with the availability of 'Def by Temptation' on each platform. Now, before we get into the nitty-gritty of how you can watch 'Def by Temptation' right now, here are some finer points about the Bonded Filmworks, Orpheus Pictures, Troma Entertainment horror flick.

Released March 23rd, 1990, 'Def by Temptation' stars James Bond III, Kadeem Hardison, Cynthia Bond , Bill Nunn The R movie has a runtime of about 1 hr 35 min, and received a user score of 44 (out of 100) on TMDb, which assembled reviews from 28 respected users.

What, so now you want to know what the movie’s about? Here's the plot: "An evil succubus is preying on libidinous black men in New York, and all that stands in her way is a minister-in-training, an aspiring actor, and a cop that specializes in cases involving the supernatural."