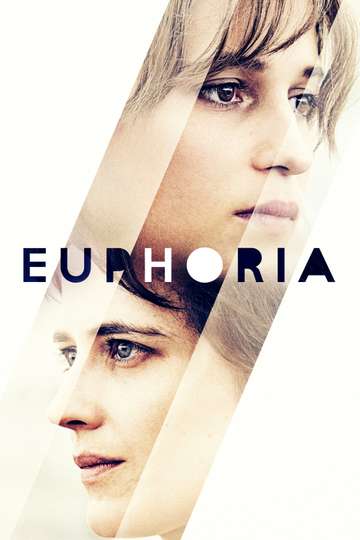 Looking to watch 'Euphoria' on your TV or mobile device at home? Searching for a streaming service to buy, rent, download, or view the Lisa Langseth-directed movie via subscription can be tricky, so we here at Moviefone want to do right by you.

We've listed a number of streaming and cable services - including rental, purchase, and subscription choices - along with the availability of 'Euphoria' on each platform. Now, before we get into all the details of how you can watch 'Euphoria' right now, here are some particulars about the Vikarious Productions, Dancing Camel Films, Dorian Media, Wild Bunch Germany, B-Reel Films, Film Capital Stockholm, SVT, 01 Distribution, SF Studios drama flick.

Released June 28th, 2019, 'Euphoria' stars Alicia Vikander, Eva Green, Charlotte Rampling, Charles Dance The R movie has a runtime of about 1 hr 44 min, and received a user score of 65 (out of 100) on TMDb, which compiled reviews from 86 respected users.

What, so now you want to know what the movie’s about? Here's the plot: "The story of two sisters on a journey, where they try to get close to each other and approach the tough questions in life. Euphoria is a contemporary drama about responsibility and reconciliation, in a world where these concepts are gradually being lost."

Atomic Blonde
An undercover MI6 agent is sent to Berlin during the Cold War to inves...

A Wrinkle in Time
After the disappearance of her scientist father, three peculiar beings...

Tulip Fever
An artist falls for a married young woman while he's commissioned to p...