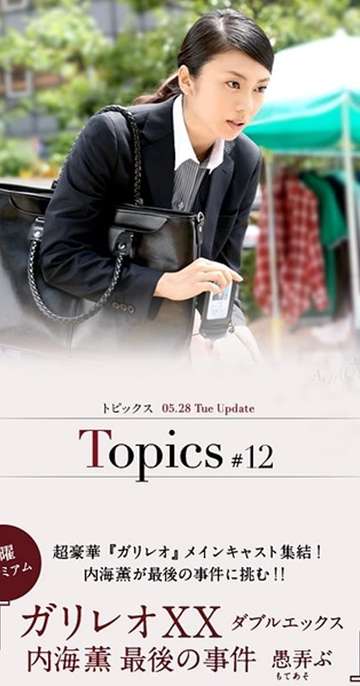 "Utsumi Kaoru's Last Case"
TMDb Score
57
NR 2 hr 10 minMystery
This is an episode of Galileo in name only, since this story focuses exclusively on Utsumi Koaru, played by Shibasaki Kou. The eccentric scientist makes a cameo appearance in one scene and the final scene is on the same day as episode one of the second series, but apart from that this drama has little to do with the rest of the Galileo canon.
Show More
DirectorHiroshi Nishitani
StarringKou ShibasakiMasaharu FukuyamaYÅ«suke Santamaria
Full Cast & Crew