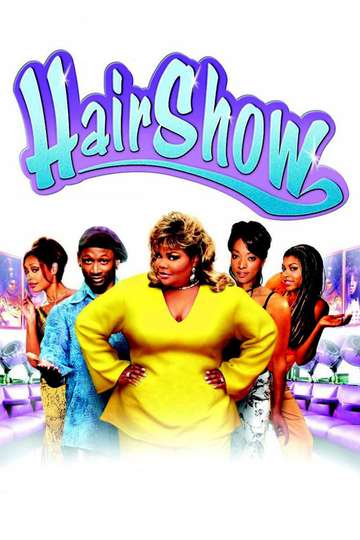 Want to watch 'Hair Show' on your TV or mobile device at home? Tracking down a streaming service to buy, rent, download, or watch the Leslie Small-directed movie via subscription can be tricky, so we here at Moviefone want to do the heavy lifting.

We've listed a number of streaming and cable services - including rental, purchase, and subscription choices - along with the availability of 'Hair Show' on each platform when they are available. Now, before we get into the various whats and wheres of how you can watch 'Hair Show' right now, here are some specifics about the Urban Works Entertainment comedy flick.

Want to know what the movie's about? Here's the plot: "Peaches, a hair stylist from Baltimore, and her estranged sister, Angela, the owner of an upscale salon in Beverly Hills, get reacquainted when Peaches decides to attend a celebration for Angela in LA. The reunion is bittersweet and worsens when Angela finds out that Peaches is on the run from the IRS and has only a few days to pay $50,000 in back taxes. After some hilarious moments and passionate exchanges, the two sisters join forces to fight off a pesky rival salon owner Marcella and save Peaches from her troubles by competing for a lucrative cash prize and bragging rights at the city's annual hair show. BEAUTY SHOP proves that blood and family run thicker than water." .

Mo'Nique Claims She Was 'Blackballed' After Winning Oscar