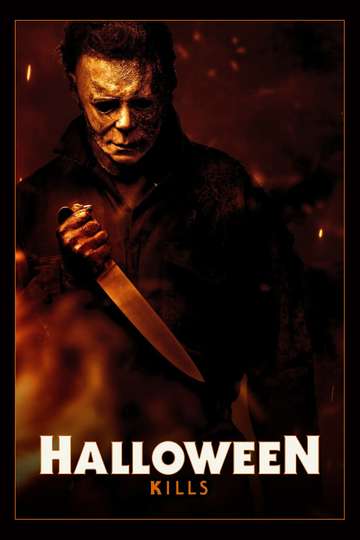 Yearning to watch 'Halloween Kills' on your TV or mobile device at home? Discovering a streaming service to buy, rent, download, or watch the David Gordon Green-directed movie via subscription can be a challenge, so we here at Moviefone want to do the heavy lifting.

We've listed a number of streaming and cable services - including rental, purchase, and subscription options - along with the availability of 'Halloween Kills' on each platform when they are available. Now, before we get into the various whats and wheres of how you can watch 'Halloween Kills' right now, here are some particulars about the Miramax, Universal Pictures, Blumhouse Productions, Trancas International Films, Rough House Pictures, Home Again Productions horror flick.

Released October 15th, 2021, 'Halloween Kills' stars Jamie Lee Curtis, Judy Greer, Andi Matichak, James Jude Courtney The R movie has a runtime of about 1 hr 45 min, and received a user score of 66 (out of 100) on TMDb, which put together reviews from 2,058 respected users.

Want to know what the movie's about? Here's the plot: "The nightmare isn't over as unstoppable killer Michael Myers escapes from Laurie Strode's trap to continue his ritual bloodbath. Injured and taken to the hospital, Laurie fights through the pain as she inspires residents of Haddonfield, to rise up against Myers. Taking matters into their own hands, the Strode women and other survivors form a vigilante mob to hunt down Michael and end his reign of terror once and for all."

Fear Of Clowns
Mr. Halloween
"Trick or Treat ... You're Dead Meat!"
Halloween III: Season of the Witch
"The Night No One Comes Home."
Biotherapy
Martini Ranch: Reach
"'Guess This Ain't Your Lucky Day!"
The Magic of Marciano
Halloween II
"The nightmare isn't over!"
A Thousand Miles Behind
"Hold on to let go."
Fist of the Vampire
"When the undead fight the living....All bets are off!!!"

Halloween
"Face Your Fate."
Bachelor Party in the Bungalow of the Damned
"One crazy night of debauchery and damnation!"
Halloween H20: 20 Years Later
"Blood is thicker than Water."
Door
Halloween 5: The Revenge of Michael Myers
"Michael Lives, And This Time They're Ready!"
Halloween: The Curse of Michael Myers
"Terror Never Rests in Peace"
Bloody Mary
"To Release the Greatest Evil, All You Have to Do is Say Her Name"
May
"Be Careful... She Just Might Take Your Heart."