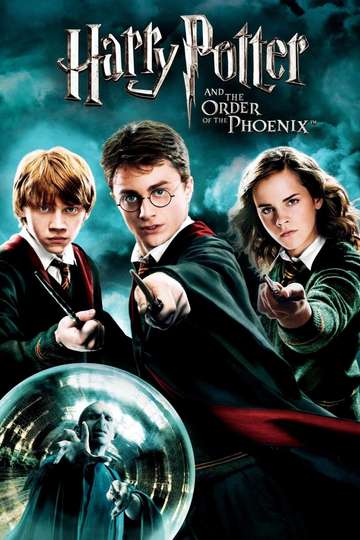 Want to watch 'Harry Potter and the Order of the Phoenix' in the comfort of your own home? Hunting down a streaming service to buy, rent, download, or view the David Yates-directed movie via subscription can be a huge pain, so we here at Moviefone want to help you out.

Released July 11th, 2007, 'Harry Potter and the Order of the Phoenix' stars Daniel Radcliffe, Rupert Grint, Emma Watson, Helena Bonham Carter The PG-13 movie has a runtime of about 2 hr 18 min, and received a user score of 77 (out of 100) on TMDb, which compiled reviews from 16,697 well-known users.

What, so now you want to know what the movie's about? Here's the plot: "Returning for his fifth year of study at Hogwarts, Harry is stunned to find that his warnings about the return of Lord Voldemort have been ignored. Left with no choice, Harry takes matters into his own hands, training a small group of students to defend themselves against the dark arts."

'Harry Potter and the Order of the Phoenix' Release Dates

Movies Like Harry Potter and the Order of the Phoenix

Harry Potter and the Chamber of Secrets
"Hogwarts is back in session."

Spider-Man
"With great power comes great responsibility."
Pirates of the Caribbean: At World's End
"At the end of the world, the adventure begins."

Harry Potter and the Prisoner of Azkaban
"Something wicked this way comes."

Harry Potter and the Philosopher's Stone
"Let the magic begin."

Finding Nemo
"There are 3.7 trillion fish in the ocean. They're looking for one."

Monsters, Inc.
"We Scare Because We Care."

Charlie and the Chocolate Factory
"Prepare for a taste of adventure."

Pirates of the Caribbean: Dead Man's Chest
"Captain Jack is back!"

Alice in Wonderland
"You're invited to a very important date."

The Chronicles of Narnia: The Lion, the Witch and the Wardrobe
"Evil Has Reigned For 100 Years..."

Pirates of the Caribbean: The Curse of the Black Pearl
"Prepare to be blown out of the water."

The Lion King
"Life's greatest adventure is finding your place in the Circle of Life."

Harry Potter and the Deathly Hallows: Part 1
"One Way… One Fate… One Hero."
Pirates of the Caribbean: On Stranger Tides
"Live Forever Or Die Trying."

Harry Potter and the Goblet of Fire
"Dark And Difficult Times Lie Ahead."

The Lord of the Rings: The Two Towers
"A New Power Is Rising."