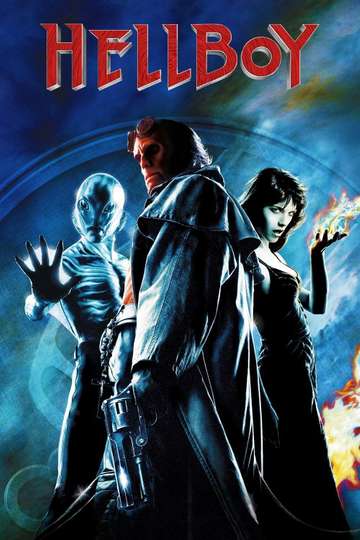 Need to watch 'Hellboy' in the comfort of your own home? Searching for a streaming service to buy, rent, download, or watch the Guillermo del Toro-directed movie via subscription can be a huge pain, so we here at Moviefone want to do the work for you.

We've listed a number of streaming and cable services - including rental, purchase, and subscription alternatives - along with the availability of 'Hellboy' on each platform when they are available. Now, before we get into the fundamentals of how you can watch 'Hellboy' right now, here are some particulars about the Columbia Pictures, Revolution Studios, Dark Horse Entertainment, Lawrence Gordon Productions, Starlite Films action flick.

You probably already know what the movie's about, but just in case... Here's the plot: "In the final days of World War II, the Nazis attempt to use black magic to aid their dying cause. The Allies raid the camp where the ceremony is taking place, but not before a demon—Hellboy—has already been conjured. Joining the Allied forces, Hellboy eventually grows to adulthood, serving the cause of good rather than evil."

Ghost Rider
"Hell is about to be unleashed."
Blade II
"Faster. Sharper. Deadlier."
The Mummy
"The legend you know. The adventure you have yet to imagine."

Wanted
"Choose your destiny."
Hulk
"What if everything you were forced to keep inside was suddenly set free?"

Underworld
"An immortal battle for supremacy."

National Treasure
"The greatest adventure history has ever revealed."
Lara Croft: Tomb Raider
"Born into Wealth. Groomed by the Elite. Trained for Combat."

Kick-Ass
"Shut up. Kick-Ass."
X2
"The time has come for those who are different to stand united."

Van Helsing
"The One Name They All Fear."

Men in Black II
"Back in black."
Hancock
"Bad behavior. Bad attitude. Real hero."
I, Robot
"Laws are made to be broken."

Blade: Trinity
"The final hunt begins."
Hellboy II: The Golden Army
"Believe it or not... He's the Good Guy."

The Mummy Returns
"The most powerful force on earth is about to be unleashed by the two people who should know better."