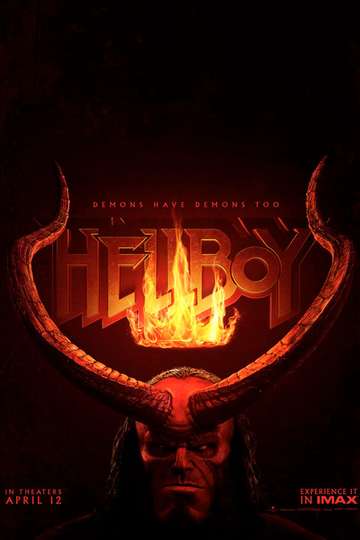 Need to watch 'Hellboy' on your TV, phone, or tablet? Tracking down a streaming service to buy, rent, download, or watch the Neil Marshall-directed movie via subscription can be a huge pain, so we here at Moviefone want to do right by you.

Read on for a listing of streaming and cable services - including rental, purchase, and subscription options - along with the availability of 'Hellboy' on each platform when they are available. Now, before we get into the nitty-gritty of how you can watch 'Hellboy' right now, here are some details about the Summit Entertainment, Dark Horse Entertainment, Lawrence Gordon Productions, Millennium Films, Campbell Grobman Films, Encore Films, Boyana Film Studios adventure flick.

You probably already know what the movie's about, but just in case... Here's the plot: "Hellboy comes to England, where he must defeat Nimue, Merlin's consort and the Blood Queen. But their battle will bring about the end of the world, a fate he desperately tries to turn away."

Bumblebee
"Every hero has a beginning."

The Predator
"The hunt has evolved."
Long Shot
"Unlikely but not impossible."

Brightburn
"Evil has found its superhero"

Hellboy
"From the Dark Side to Our Side."

Men in Black: International
"The universe is expanding"

Fast & Furious Presents: Hobbs & Shaw
"Nothing is stronger than family."

Shaft
"More Shaft than you can handle"
Murder Eleven
"Ten murders, two cops, and one killer... or so they think."

Aladdin
"Choose Wisely."
Hellboy II: The Golden Army
"Believe it or not... He's the Good Guy."

Glass
"You Cannot Contain What You Are"